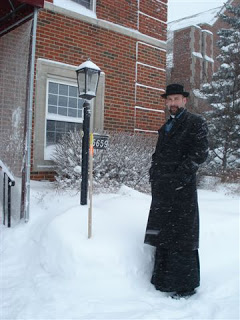 On a drizzly afternoon in June, the Knights of Columbus council at St. Sebastian came to St. Clare in Lyndhurst, about 45 minutes away and where I had served as parochial vicar for the past three years to help pack up my belonging and move me south to Akron.  St. Clare had been very good to me.  The rectory there had been recently renovated and my room was very generous.  It was one of two parishes in the diocese that still had a live-in who cooked and did laundry; Social Security and rising standards of living having all but wiped out the need for a person to find work in a rectory to make ends meet.

Though that rectory that stands out in the diocese as a very fortunate place for a priest to live, the St. Clare rectory was in the middle of the church and school parking lot as well as right off of one of the busiest roads in Cleveland: Mayfield Road.  Mayfield is one of those magical roads on which you can find just about anything you might need with the exception of quiet and easy driving.  Businesses on the East side of Cleveland gravitate to this road that stretches from Little Italy in the heart of Cleveland to the rich suburbs far out toward the rising sun.  But that also means that it is a nasty tangle of traffic most of the day and being a main thoroughfare, if an emergency vehicle is going to be called to any place, it is going to go past St. Clare on the way there with sirens screaming. 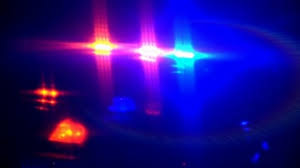 One night, waking me from a deep sleep, the sirens made their usual racket becoming louder and louder as it neared the parish and then, at its peak, abruptly stopped instead of fading as it made its way past.  I opened my eyes to find my room awash in blue and red flashing lights.  Padding over to my window I saw a car turned over on the immaculate front lawn.  Apparently someone had thought it a good parking spot but not wanting to mess up the lawn with tire tracks decided to park it on its roof.  (Fortunately no one was hurt – or wouldn’t be until the next morning when the hangover and the clarity of what happened the night before set in.) 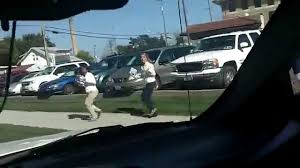 All the rectories that I had lived in previous to coming to live at St. Sebastian had been in the middle of a field of a tarmac parking lot.  This was particularly evident at my first parish when car alarms were finishing their first blush of being standard equipment on cars.  Gentlemen, and I use the term loosely, still thought it hysterical to wait until a female acquaintance walked by their car so they could set off the alarm from a distance and bend over laughing when the lady would screech.  Neither the women nor I, listening to it for the umpteenth time in my room, found it the least bit funny. 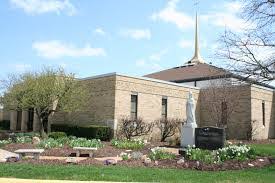 Privacy, then, is always at a bit of a premium.  I remember once, at St. Ambrose, I had been taking a nap, woke thirsty, and stepped out of the room to go downstairs to get a cup of water.  The door was locked to keep well intentioned persons from coming in.  After stepping out into the hall, the wind from an open window caught the door and slammed it shut locking the room up tight.  It was one of those days that I wanted desperately to have a little alone time so I snuck downstairs in my stocking feet, hair mussed (having hair then) and clothes crumpled.

I butter knife was snuck out of the kitchen and I tried to jimmy the door open.  First one person than another showed up to try to get me in my room.  Soon there was a group of about seven people offering advice on how to get the door open.  The handle was completely disassembled and still there was no gaining entrance.  I snuck away, got an extension ladder and, in front of the entire school out for recess, climbed up to my window, slid in and announced, “I’m in my room!  You can all leave now!” and then curled up on my couch to finish a nap.

Of course, having people around is also a blessing.  When John Paul II died and I was in one of my wanting to be left alone moods, I got that same ladder out and climbed to the roof of the church to hang the black mourning banners.  A strong wind came along and blew the ladder down trapping me in the roof (this was long before I owned a cell phone.)  Fortunately a kind jogger came along and heard my cries for assistance and righted the ladder.

In contrast, the rectory at St. Sebastian is located in the middle of green lawns, hemmed in by the school and the church building.  But no general parking lot comes near it.  Across the brick avenue is a park named Elm Hill Park though everyone calls it Forest Lodge which is the building that stands on its grounds.  The new building built by the WPA was named after the hunting lodge that once stood there when this part of Akron was considered way out in the country.  All in all it is about as nice a setting one could hope for while still being inside the city limits and it was this house that the truck carrying all of my worldly goods drove up to using the curving brick driveway under a canopy of oak and maple trees to the rear entrance of the rectory.
Posted by Fr. V at 7:20:00 AM