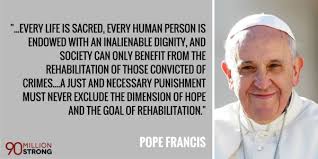 When there was such a thing as institutional slavery, the Church recognized this as a fact of the world and gave teachings based on those given in Scripture on how those who “owned” slaves should treat their servants.  Over the course of time, the Church recognized that, because each human person has an inalienable dignity, nobody could possibly be “owned” by anybody and to be a person who “owned” slaves was inherently evil.  This happened at a time when the Christian world was sufficiently awakening to the evil of this practice it was possible to bring this abomination to an end. 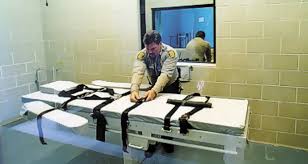 This was not a change in the teachings of the Church.  It was a development in the understanding of the inherent worth of each individual human soul.  It was a slow and painful path.  But the moment there was any recognition that the oppressed person was in fact a person with a soul, with dignity and worth, who was saved by the Passion of Jesus Christ, it was inevitable that slavery would be done away with.  The very idea of a “slave owner” was poisoned with the first drop of Christ’s blood and every subsequent teaching and recognition of the value of life brought it closer and closer to death.

In my opinion, the recent teaching of Pope Francis on the death penalty can be seen in the same light.  What he now says (though I understand the difficulty in the way he said it) does not negate the realities and teachings of the past.  By the time we get to St. John Paul II, because of the advancement of culture and our ability to detain and isolate persons who are a serious threat to society, he had difficulty imagining any scenario in which the death penalty could be used.  He stood at the precipice of the seamless garment of the respect of human life, unable to imagine the need for civilized Christians to resort to killing an otherwise detained person for the sake of the salvation of the world.

As there was a point in which slavery was no longer a tenable option for Christians, Pope Francis says such has the time come for the death penalty. 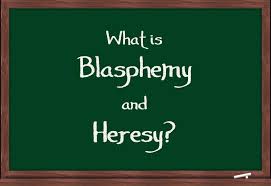 Many will disagree.  Many will disagree with the way he said it.  Many will disagree with the format in which he said it.  Indeed, the reader of his article may think the pope was either premature in this declaration or a bit of a Pollyanna in his worldview or that he took one step too far, but, in my opinion, the one wagon that no one should jump on is that he has been speaking heresy.  It is not only unhelpful to the conversation it does not display an understanding of how the Church has operated for 2,000 years.
Posted by Fr. V at 7:22:00 AM

In my opinion, St. John Paul II got it right and for now there is no need to rewrite the CCC on this matter. As it stands, the condemned have time to repent of their sins.
Mercy and justice are not mutually exclusive, and both will prevail regardless.

With all due respect, Father, I’m not sure your comparison between the Church’s teaching on slavery and capital punishment really works. It is not correct to say that the Church has changed her view on the issue of slavery; understood in the correct sense, based on Scripture and Tradition, the Church has never taught that slavery is intrinsically evil. While she would not work to institute slavery where it does not already exist, she has always warned against interfering with an already existing system of slavery unless there are true violations of human dignity. It is an error to say that slavery always involves the violation of human dignity, and the Church has never taught that these two things are inherently related.

Slavery, if understood in the correct sense, could simply mean the ownership of someone’s work, productivity, and abilities; these things do not pertain to his essence as a human person. His intellect and free will, which he utilizes to make the decision to serve God, are not being violated in any way. Thus, slavery if understood in this sense, is not opposed to natural law or divine positive law; if someone can hire out his labor for a period of time, why would he not be able to hire it out for life? After all, the Church did not seek to eradicate serfdom during the age of the feudal system.

When most of us today hear the word “slavery”, we generally think of things such as the Atlantic Slave Trade, which was vehemently opposed by the Church, and other such atrocities. This does not, however, mean that slavery as an institution is intrinsically evil. Rather, the abuses which so often accompany the practice of slavery are evil, when a slave owner not only mistreats his slave physically and mentally, but also attempts to dominate over every aspect of his life, preventing him from using his own reason, intellect, and free will. However, these are abuses of a practice, and not intrinsic to the practice itself. Thus, slavery cannot be said to be intrinsically evil, although the Church recognizes that it is so easily abused that it is not preferable.

Yet there is a fundamental difference between this and the Church’s teaching on capital punishment. One cannot argue that the death penalty is not intrinsically evil but not always preferable, for the perennial teaching of the Church is that the death penalty is admissible, and must be exercised by the authority of the state to punish the criminal justly and maintain order within society. Pope Francis’s opinion that the death penalty is always inadmissible is thus in direct contradiction with Catholic tradition, which has consistently taught for 2,000 years that when it is truly warranted, capital punishment is in fact a moral good, and the state has a solemn obligation to exercise its authority in this way.

Further information about the traditional Catholic teaching on slavery can be found here:
https://fourthgreatcrisis.wordpress.com/2018/05/21/the-social-reign-of-christ-the-king/

Information about the death penalty, likewise, can be found here:
https://fourthgreatcrisis.wordpress.com/2018/08/05/the-social-reign-of-christ-the-king-part-ii/