Attending a party as a seminarian and being in a Roman collar, a lady came up to me to talk and she started telling me all kinds of things that I doubt she really wanted just any old person to know.  I interrupted her and said, “I’m not a priest.  I am only a seminarian.  I don’t think you should tell me these things.”  She waved my comment away and said, “You’re close enough,” and continued with her story.

I told one of professors about this and asked him what he thought.  He said that it was because of the good reputation set up for us by priests who have gone before and so we are often automatically given the benefit of the doubt.  We should be grateful and work diligently to keep that reputation in tact for future priests.

Well, you know the muck we are in (again) right now.  Just when it seemed we were gaining traction again . . . well, you get it. 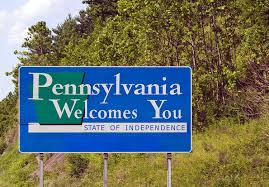 So what is a priest to do at the parish?  Pennsylvania is the elephant in the room.  The readings for this weekend are so beautiful, challenging and dynamic but, because of the actions of some, we will have to deal with the scandal.  Trust has been gravely damaged.

Trust is not a boomerang.  When it is thrown away it doesn’t just come back.  Like a marriage in which on of the spouses has broken the trust of the other, saying, “Sorry” doesn’t cut it.  It takes a long time because the trust needs to be rebuilt.

Sin always leaves its mark.  There is no such thing as private sin.  It always leaves a stain because one of the very definitions of sin is that it brings harm into the world spiritually, mentally or physically.  This sin exploded in a such a dramatic way that it not only harmed those directly involved, but it brought damage to the greater Church.  (Hw grotesquely powerful the sin is!)

I imagine almost every Catholic knows now what it is to be guilty by association.  Yet that is there to say?  What happened was wrong.  It was indefensible.  It was terribly damning. 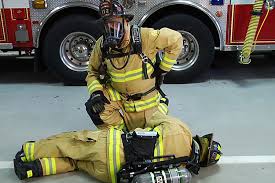 As one priest put it, the Church is on fire.  What are we to do?  What does Christ call us to do?  Run away or hide until there is no more need for fire fighters?  Or does He call us to run in and help put out the fire especially where souls are most at risk?

Do not grow tired or discouraged.  It is a terrible day.  But it is the terrible days that call for saints.

At the very least, pray for all embroiled in this sad situation, especially those at ground zero.  But also the many people whose faith journey will be tested (or even derailed) because of the selfish desires of some.  Could a bomb do any more damage?
Posted by Fr. V at 9:01:00 AM

Email ThisBlogThis!Share to TwitterShare to FacebookShare to Pinterest
Labels: scandal

FR V, it is because of you and Fr Simone that I, as a "new" Catholic, listen intently to every word you both have said on this matter. It is because of that I am sincerely proud to be of this faith! Continue to do the exceptional work you both do for St Sebastian's and we all will pray for our beloved priest's everywhere who are also saddened and disappointed with this latest "muck"! Kim Miller

Got a pittsburgh paper yesterday(was in WVA) One letter writer was going "to leave the Church and never come back!" I thought "O ye of little faith." The other was from a Presbyterian minister. His answer for us Catholics was that we must have married clergy and must have women priests. No, we are NOT Protestants and this is Not the time to be giving into Protestant whims and fancies. Are you listening Francis? The Church has weathered everything from the Moorish invasion to Ottoman Turks to the Reformation to Vatican ll. I hope we are strong as our forefathers.

It's not just PA that is the elephant in the room. Archbishop McCarrick and others of his ilk come into this as well. Pedophilia, homosexuality, and abuse of authority all need to be addressed and purged from all our institutions - schools, parishes, seminaries, dioceses, and Orders.

I found myself thinking about the delightful seminarians who stayed at St. Sebastian over the summer, thinking what fine young men they are and what exceptional priests they will become. And then I thought again, and became frightened for them, because they are friendly, full of Jesus, and handsome. It is absolutely dreadful.

I do not think it is any coincidence that this horror, both scandals, became public during the octave of the Assumption. Our Lady will never abandon us and is our most powerful intercessor. She is our national patroness (Our Lady of the Immaculate Conception), as well as our regional patroness (Our Lady of Guadalupe). I am seriously convinced this is a direct attack on the faithful and the Church by Satan.

We desperately need faithful and orthodox leadership and clergy, who teach us the unadulterated truth of the Gospel and teaching of the Church, without variation and political correctness. And we all, laity, clergy, and hierarchy, need to *live* the Faith.

God bless you and Fr. Simone.

This latest episode is disheartening not just for the suffering of the victims but for the idea that something as precious and sacred as our Church has been left in the care of despicable leaders who made themselves complicit in the crimes. All those involved in committing these offenses or in concealing them must be punished. That being said,these revelations serve as a stark reminder that Evil is very real and while we humans have been debating its existence it has been busy 'prowling through the world seeking the ruin of souls.' Now is not the time to abandon the Church, now is the time to seek its protection.

I find these comments helpful especially about it coming during a double Marian feast (lest I forget that God always has things well in hand even when things seem dire.)

Father - I certainly don't want to minimize what has occurred in the Church, but I look at the problem from a different perspective. I went to Akron Public schools K-12, graduating 20 years ago. When I was in fifth grade, our music teacher molested a kindergartener and went to prison. When I was in high school, our guidance counselor propositioned and molested a student and, it later came to light, had a track record of molestations and rape accusations going back for decades, across state lines. To me, this issue is absolutely not limited to the Catholic Church - I'm not sure if it's limited to our society, or has historically always been as big of a problem , but something about humanity is toxic and harmful to our children and it's disgusting to me. To say that this is a Catholic Church problem is drastically minimizing it. I wish psychologists could figure out the root causes and started helping to decrease the frequency of these sick behaviors.

I think we should be saying the Devine Mercy Chaplet.

"in atonement for our sins and those of the whole world"


"For the sake of His sorrowful Passion, have mercy on us and on the whole world."

We should be praying for the victims and sins that others have committed.