BE CAREFUL WHAT YOU ASK FOR

In a letter to Dear Abby a person asked about a long time friend who was suffering from Alzheimer’s.  The friend, when in her full capacity requested that when she “reached a certain point in her disease she did not want to be paraded around for others to gawk at.”  So it happens that reached that point some time ago and her friend was still taking her to church where she is loved, treated well, and “she loves it” and “feels” their love.  The question is then, should she continue to go against her friends earlier wishes.  Before reading on, what do you think?
Abby’s opinion is that she is not acting in the best interest of her friend and that the wishes that her friend had when she was well to go out being remembered with dignity should be respected.  Certainly we all hope that when we are unable to make decisions for ourselves there will be someone who will respect our wishes and carry them out according to our believes and desires.  But I do not agree with Abby’s advice in this case. 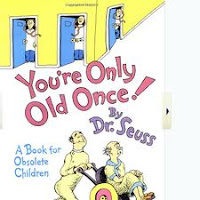 First we must pay attention to the free will of the individual in question.  Does this person have a right to change her mind?  Although in a spiritual fashion she is and always will be the same person, if we can use the terminology in a different way, the person who made that decision is not the same person who is now enjoying what life she has left.  The situation has changed.  At what point do we no longer respect the current state of a person?  What if she had said, “If I ever make it to such and so a state, just take me out behind the barn and shoot me?”  Then, when the day came, she pleaded for her life?  To whom then do we listen? 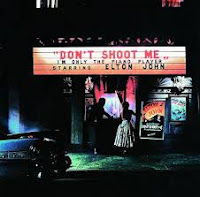 My Father used to say something very similar.  “I will kill myself before I let anyone put me in a nursing home.”  But there was a day that living at home was no longer an option even with help.  In his particular situation, once he made it to the nursing home he became a much happier person.  He did not, with diminished cognitive skills, have to worry about all the things associated with living in a house which was distressing him to no end.  He was able to relax, eat better, and enjoy life a little more and most definitely DID NOT WANT TO DIE.  I could have listened to his earlier requests and the end of his life would have been miserable and certainly without dignity.
God also made us communal creatures.  (In varying degrees I realize) we need other people to be fully human.  And all persons have dignity.  It was a great gift to the Church that John Paul II had such a long pontificate and we saw him go from a strong virile man to one reporters (for about the last ten year of his life) said how bad and frail he looked (and yet did more in a day than I do in a week.)  He was not tossed aside as too old, too sick, or too incapacitated.  He was our pope.  Period.  And all people are of dignity.
INHO: to leave that friend home now for some decision made when the situation was very different and now not having the ability to figure out why she is all of a sudden abandoned, I think it not in keeping with human dignity and to respect persons with diminished capacity.  Especially since this will have an impact on decision for people who do never had as full a capacity as this woman once did.  Do we no longer respect their decisions (as long as they are not harmful to them or others?)

Who would want to sit in a wheelchair due to a stroke, able to comprehend but not able to speak? My Aunt Stella was in that situation for several years before she died. Stella had always been an explosive, "spit-fire" type. And such she was when she was first admitted to the nursing home.

But the staff was kind to her. Her nieces and nephews visited her. Gradually, her personality softened. She still had spunk, but a lot of the anger was gone.

Noticing the change, I couldn't help but think that the time of her silence in the nursing home was part of her purgatory (shedding her faults) here on earth.

I think she entered eternal life more at peace and more prepared to meet her Lord.

Father,
I am surprised that this post has generated so few comments. I side with you completely and am stunned that Dear Abby would recommend not bringing a person someplace where she is so obviously loved. It could be argued that the request to not be "paraded around and gawked at" was spoken out of vanity. Why should anyone be punished later in life for the vanity of youth and the lack of perfect vision into the future.
Regards,
Sarah