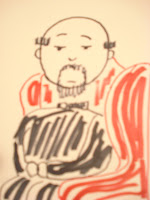 When I was a very young man one of my best friend’s Dad was running for city council and they asked me to help them deliver flyers door to door.  The Father (who won in spite of what I am about to tell you) told me, “Call adults by their first names.  They love that.”  I couldn’t do it despite his prodding.  Mom had long beaten it into us (figuratively) that one never calls anybody by their first name unless invited to do so.  So it will ever be, “Mrs. Jones” until she says, “Oh please, call me Mary.”
Now I will admit that I have relaxed this rule quite a bit being a pastor as too often I have found people offended that I call them by their surname, there being understood a more intimate relationship between pastor and flock.  But I still recommend calling a priest by his surname “Father Jones” unless he offers otherwise, “Oh please call me Father Jack – or Jack.” 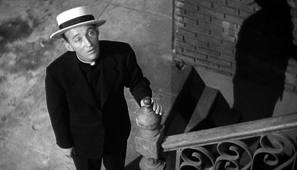 I don’t go by my first name - ever.  And by ever I mean since I was born.  I had two uncles, and a grandpa named John.  There were 5 Johns in my grade school class, and 2 out of the 5 men in my ordination class are named John.  So I’ve always gone by various aliases none of which is very conducive with the priesthood.  It also helps a lot when trying to figure out who you are talking about.  Often a person will come up to me and say something like, “Do you know Father Mark?” and I might respond, “Which one?  There are a bunch of Fr. Marks.”  “Well, he’s about this tall and has hair that kind of does this thing . . .”  “I might know which one you are talking about.  What about him?”  “He wants you to call him.”
Anyway, there are a good number of reasonable explanations for why a priest might want to only go by his surname and it is just common courtesy (with anyone) to begin there.
A priest is properly addressed as “Father” as in “Hey!  Father Jones!  How’s it going?”  One would never say in Catholic circles, “Hey!  Reverend Jones!  How’s it going?”  “The Reverend” is used when speaking of the priest in the third person such as in “Our speaker today will be The Rev. Jack Jones.”  In written formal capacities (such as on envelopes, programs, and the like) he is referred to as “The Rev. John Jones.”  “The reverend” never stands alone as in, “I talked to the reverend about it.”  That would be like saying, “I talked to the Mr. about it.” “The reverend” is also never used with just the last name as in The Rev. Jones. 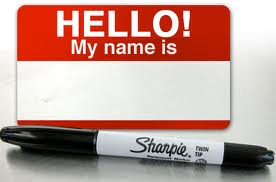 THAT BEING SAID these rules are so often trampled over that to use the proper salutations sometimes seems wrong.  “Father” is often used in formal situation such as in wedding programs.  “Celebrant . . . . Father Jack Jones.”  And very often “Reverend” is used with the article dropped.  In fact, this is so often done that even some very reputable Catholic etiquette books will offer this as an option in certain situations even though, strictly speaking, it was not intended to be used in this way though now it is excepted often enough.
Posted by Fr. V at 8:09:00 AM

I have fallen away from the "Hello, Mr. Schwansen" greeting (if we've never met) and have relied on "Hello, Tim (Schwansen)" and it has seemed to work well, but I'm not sure as no one has ever corrected me. I will try to get back to the "Mr. Schwansen" with a quick request following, "May I call you,Tim?"

You didn't address - "Hi, Father!" or "How are you doing today, Father?" and was curious as to the proper way to address you. Should I include "Valencheck" with the "Father" each time I address you?

P.S. I can't tell you how much I love your posts.