THIS TITLE MAY OR MAY NOT BE CORRECT 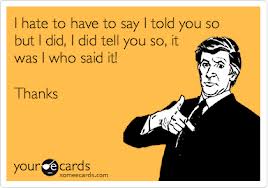 Nobody likes the guy that says this – the guy that always takes such joy in being “right.”  You darn well he does not hate to say it and that makes it all the more annoying.

Keeping that in mind I can agree with what one local worship leader said recently, “I get very nervous when people start saying they know what is right.  People need to decide for themselves who and what they should vote for.”  The “right thing” can be somewhat subjective.  And perhaps I get a little nervous but to tell the truth, I want someone to have convictions.  I want someone to stand up and say, “I believe this and intend on acting on it and I believe you should also.”  To say, “Well, this is right for me, but maybe it isn’t right for everyone,” is akin to saying I don’t really think that it is right in the first place.  What we get nervous about is the person who believes they are right but will not engage the conversation.  Bumper sticker arguments are bandied around like ping pong balls never really affecting the person they are hitting.

But there is a difference between being right and discussing truth.  It is true that not everybody has the same idea concerning truth.  But a faith should be very clear about what faith is or it really doesn’t have anything to say.  Nobody should be blindly influenced by an institution (indeed the Catholic teaching is that each person should look into matters and be informed beginning with not only what by WHY the Church teaches as she does) but that does not mean that institution should not speak out boldly.  I don’t need an institution to say, “I don’t know, what do you think?”  I can do that at home with my buddies.  Give me back my $20 for Valuetime Cheese curls to eat while we debate thank you. 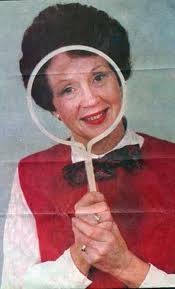 Institutions form because they believe in something.  In the case of the Catholic Church it fundamentally believes in the absolute value, dignity, and sacredness of all human life from conception until natural death, in freedom of religion, in marriage being constituted of one man and one woman, and so forth.  So even in an election year, I have no qualms about her speaking her mind in these matters.  She may not be able to tell me what button to push, chad to punch, or circle to fill in, but she can guide me in what she thinks is truth.  If she doesn’t, she is miserably failing in her role in society and become nothing more than a mirror, reflecting back you your own image and saying, “You’re the fairest of them all.”
It the height of silliness to want a Church to tell you that you are right in whatever you think.  What is useful is a Church that tells us we may be wrong when we think we are right.
Posted by Fr. V at 11:20:00 AM

Email ThisBlogThis!Share to TwitterShare to FacebookShare to Pinterest
Labels: Truth

Father-I just want to let you know that my family is increasing our prayers for you and all priests. It is partially selfish... because we are really going to need you now more than ever to lead us courageously. You are not our pastor, but we still need you. Life is short. Jesus Christ has the victory. We just need the grace and courage to live according to that truth. May Blessed Mother guard, protect, and embolden your priesthood so that Jesus may be glorified and served through you.

Thank you and believe me - prayers are flowing right back at you.