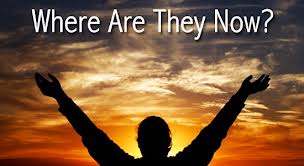 When I was in grade school we had a class of about 25 students and the teacher had us play this game (I think she called it 7Up) where we switched seats, put our heads down, and several people were asked to leave the room quietly.  Then we would raise our heads and had to quickly guess who the classmates were who were missing.  It was amazing how often we couldn’t do it.
So imagine your parish with its several Masses and what is like when one person doesn’t show up on the weekend.  I was just thinking today of a couple of people that I have not seen for a while.  It did not occur to me until this morning that they have not been there for a spell.  But what are the possibilities?  Could they have simply gone to another Mass?  Could they be on vacation?  We have a good number of families that “winter” away in warmer climates (why would anybody do that I don’t know) or their work schedule changed and they need to go to the downtown parish that has a Mass time that better fits their schedule or I just plain didn’t see them.  There have been a number of times that I have said to someone, “Where have you been?” and with an anxious look in their faces replied, “Nowhere.  We are here every week.” 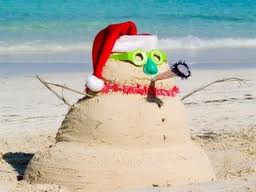 Occasionally someone will say, I haven’t seen “George” in weeks.  He always says hi and shakes the hands of my children and we sit with him at Donut Sunday.  Anything up with him?”  I usually respond, “Not that I’ve heard.  Maybe we should find out.”
The other day Fr. P. and I joined the American Legion so that we could have someplace to sit as we ate our meal from Fat Bob’s (Home of the bacon wrapped tatter tots smothered in cheddar cheese.  Side note:  The owners name is sadly NOT Bob but Dave.  Fat Bob is the name of his motorcycle.)  The welcome we received was almost overwhelming.  We were warmly greeted, helped to a table, people kept coming over and greeting us and bought us some drinks.  “We could learn something of hospitality from them,” I quipped to Fr. P.

In truth, St. Sebastian is a pretty welcoming place.  Most of the parishes to which I have gone have been.  I said Mass at St. Francis de Sales not long ago and the people were extremely gracious.  But that still does not mean that people can’t get lost in the cracks – that if they are not there they may have a very good reason other than being sick and perhaps in the hospital.  Because of new privacy laws gone are the days when the hospital can call us and say that they have a Catholic we might visit.  (They no longer even ask if you are Catholic.  You MUST volunteer the information at registration or the chaplains will not know!)
So if you are sick or otherwise homebound, call the parish.  Let them know you just aren’t in the Caribbean taking in the sun.

When people actually leave a parish, do they do so because they have moved away or because they are dissatisfied in some important way? We never really know.

This is also true!

I assume the American Legion is similar to the VFW clubs (Veterans of Foreign Wars). When I was in my early twenties my friends and I used to hang out at the local VFW because the drinks were cheap and it was kind of ironic for us to be there. Good times. They had "bingo for meat" every Thursday. Won the city chicken once. :-)