TUESDAY QUOTE OF THE WEEK CDXXXXIX

FINDING TRUTH WHEREVER IT MAY BE FOUND:  "Meaning trumps expedience.  Meaning gratifies all impulses, now and forever.  That's why we can detect it."  from Jordan Peterson's, "12 Rules for Life."

QUOTE II:  "It's cowardly, and shallow, and wrong.  It's wrong because mere expedience, multiplied by many repetitions, produces the character of a demon . . . There is no faith and no courage and no sacrifice in doing what is expedient . . . To have meaning in your life is better than to have what you want . . ."  same source

Do you pray as much as Mark Wahlberg?  P.V. sent THIS article in.

We have been putting historical pictures on the cover of our bulletin during our 90th anniversary.  This was supposed to be this week's but the bulletin company said it would not reproduce well so I post it here.  It is part of an early fund raiser in what used to be the parish hall in the basement of the school but is now the library and computer room. 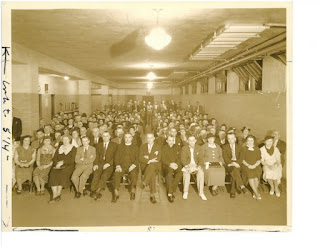 This is coming up this Thursday and you are invited.  Bishop Martin Amos is the celebrant at St. Vincent.  Hope to see you there.

This event is TONIGHT at Thirsty Dog Brewery to help support the Christ Child Society.  Fr. Pfeiffer and I will be serving at 4:30. 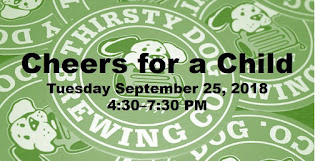 Concert this Sunday in Zwisler Hall. Renaissance and Baroque music and demonstration of period instruments.  Free and open to the public. 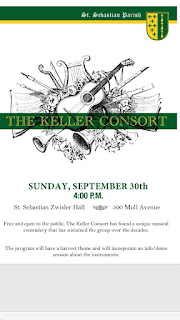 Sebastian and Chesterton have a new friend!  No, not the bug lug in the blue short, the tiny little chocolate lab at his feet named Neumann.   (Don't say it.) 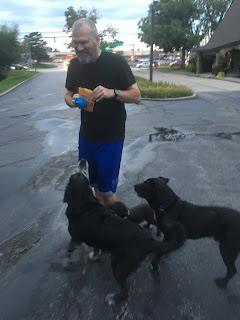 It was impossible to get a photo.  The little guy kept spinning all over the place as you can tell from the blur of the picture. 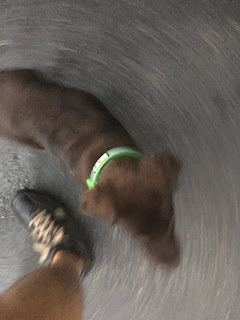 One of our boy scouts is putting in a new walk at St. Sebastian as part of his journey toward becoming an Eagle Scout!  Awesome! 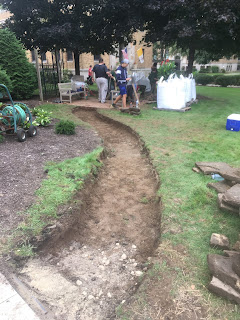 I think they are finished taking down trees across the street at Forest Lodge.  Lots of stumps but other than that you can barely tell. 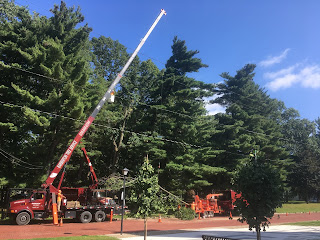