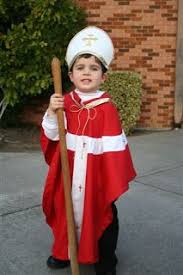 When I was in the seminary there were guys who dreamed (with the best of intentions) of one day being a bishop.  My biggest dream was one day becoming a pastor of (what is now becoming extinct) a tiny, ethnic parish off in the corner of the diocese that most of the rest of the diocese forgot about.  Things didn’t exactly turn out that way (for which I am grateful) but I am more glad than ever not to be a bishop.

Of course we never get the whole story, but in the paper today a bishop was accused of not removing a priest from ministry because of an accusation.  According to the diocese the cases were immediately reported to the Child Protection Service (who would not, for purposes of confidentiality, respond).  Apparently they did not substantiate the claims though.  So what is the bishop to do?  Remove the priest from service because of what the government considers a non-substantiated claim?  Or should he get in the practice of remove anybody from any position because of any report?  He will lose either way.

Maybe it is a situation that the Church brought on herself.  And undoubtedly we still have a lot of change to bring about before things become better. 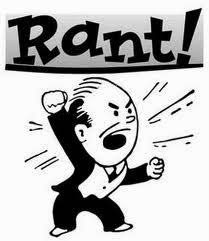 However, that a does not mean that every change is always good or warranted.  Algirdas G. Nastvytis wrote in his Letter to the Editor in the August 25th Pain Dealer that “the main problem is priestly celibacy.  It’s been a festering wound for 1,000 years since it was required.”  He does not offer any clue as to what the problem is.  Does celibacy lead to pedophilia?  Really?  All we have to do is allow marriage in the Church and there will be no more cheating on vows, no more abuse of pornography, no more child abuse?  Clearly he is correct because we see none of these things in marriage (he said with a hint of irony.)

And, as a long time reader pointed out, does Mr. Nasvytis want to be the first to offer one of his daughters in marriage to man who has a tendency toward these problems to see if that would stem his desires?  I am willing to bet not.  This is not a solution and it was not well thought out - if at all.

“We also need to do away with professional clergy living in ivory towers.  A reasonably intelligent male member of the Church . . . who can read and memorize, ‘This is my body; this is my blood,’ should be ordained as a priest.”  Mr. Nasvytis has not done much work in history to find out why we make priests go to school - because of the dangerous things that can come of a man saying, proclaiming and teaching thing that cause harm and division within the Body of Christ. 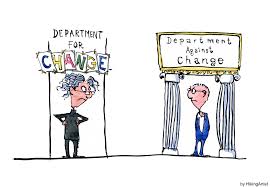 “Why can’t Joe the plumber, Al the carpenter or Ed the lawyer say Mass?”  He can.  He does.  Many of the men going through the seminary are second career men.  In our diocese alone they have been accountants, artists, retailers, sportsmen, owners of businesses, teachers and in one case a widowed father and from many other backgrounds.  They didn’t come from the planet Mars or were birthed from a university.  The mystique is largely blows once someone makes a friend of a priest.  My sister just last week said she used to put priests on a pedestal until she understood that they could be baby brothers.

We have a mess on our hands and much has been done to correct it. More can and should be done and quickly.  But it must also be well thought out and effective or it just adds to the problem.
Posted by Fr. V at 11:12:00 AM

I am sorry your dream for the parish you described did not happen. It sounds like some of the parishes around here from a few years back, and very fine parishes they were! But I am certain the parishioners of St. Sebastian are not unhappy your dream didn't happen, nor are your cluster neighbors! And the way things are going now, a parish like you described (tiny, ethnic, like Sacred Heart in Akron or St. C & M in Barberton) would never have survived the closings and mergers of 8-10 years ago, sadly. But you are well-loved where God put you, even if your parish is not ethnic and is growing larger by the day. You are needed and appreciated and prayed for by your good parishioners.

And as for our bishops - we need to pray for them too, even if we don't like them or if they have disappointed us. As it says somewhere in Scripture - even pagans and Gentiles like people who like them. It is so much harder and more worthy to make an effort to love people we don't like and to pray for them. And if they are guilty of some horrid sin, they need prayer more than most.

God bless you and everyone at St. Sebastian - Susan, OFS

Father, I read and reread the letter you are referring to. In fact, I was outraged by this person's stupidity that I was going to write a letter to the PD myself then someone pointed out to me that he was probably not even Catholic(his name is somewhat suspect,too). Come one, what a fool. About the time the Church caves into married priests(or women priests, Holy Mother protect us!) that is when I leave through the door marked exit.

I belong to the little ethnic parish in the furthest corner of the Eparchy. Fr Cyril loves it and wants to be here, but the last priest who wanted to be here was here in the 60s.

I frequently hear celibacy is the issue or that we need to be like Protestants and have the priest accountable to the laity. Um, no!

I agree, Nan. Married clergy, and women's clergy, is not the answer to this horror, and has absolutely nothing to do with the issue. As a married woman with Goddaughters and nieces, what woman in her right mind would want to be married to a man with homosexual and/or pedophile tendencies, who also abuses his authority? It is not Catholic, Christian, nor morally ethical to sacrifice anyone to funnel and divert deviant behavior from others.

Ask Jerry Sandusky's poor wife and children how that worked out for them.

Nor is this an excuse to promote women's ordination. Women are *not* exempt from sinful, abusive behavior. Just because certain of our clergy and hierarchy cannot keep their hands to themselves and manage their holy offices morally, ethically, and judiciously, it is not logical to assume that we must turn to women. If that isn't making an unjustified generalization, I don't know what is.

Never forget that the overwhelming media will always hate the Catholic Church due to our teachings on homosexuality, abortion and women not being priests. There will always be a hateful agenda, sometimes showing up as "fake" editorials.