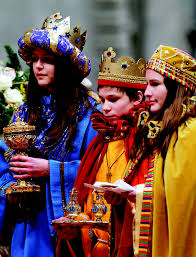 How much of a rubricist (sp?) are you?  Paragraph 75 says that, after all that was done in the last paragraph, “the bread and wine are then placed on the altar to the accompaniment of the prescribed formulas,” that is, the prayers in the book that you might sometimes hear: “Blessed are you, Lord, God of all creation . . .”

So imagine you are a typical American parish and you have a few hundred people in attendance meaning that you probably have a bevy of extraordinary ministers of Holy Communion.  For them (and we can get into the discussion as to whether we rely to heavily on too many EMHC as some would put forth,) you will need multiple ciboria and chalices.  Now, you could have a very large cereal bowl for the main ciborium and then at the Agnus Dei spend an exorbitant amount of time dividing hosts between six to twelve ciboria.  Not so with the cups not so!  For the practice of consecrating a flagon of wine and then dividing it up between the many cups is now forbidden.  So at a minimum, you will have a very  large cereal bowl and many chalices. 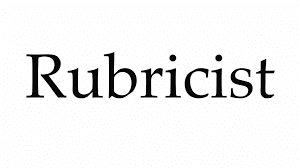 SOOOOO, when the rubric says, “the priest places the bread and wine on the altar”, does he have to place ALL of them on the altar?  Or does this just refer to the gifts brought forward in the procession?  Does this assume that all the bread and wine is brought forward in procession (I’m not keen on 6 cups full of wine being carried up) or one flagon that is then spilled into all of the cups at a painfully long offertory, or can we bring forward just a symbolic bread and wine?  What if the deacon receives the ciborium and places it on the altar while handing the priest a patten with a “priest host” on it (which has not yet been set on the altar.)  Does it matter that the wine is poured into the chalice by the deacon while it is sitting on the altar only to be given to the priest to be placed on the altar?  (A former liturgist of the diocese was very much against this practice.)

These are the things that my priest friends and I love to debate while having a glass of - er - blueberry cool aid.

Here are some possible answers: 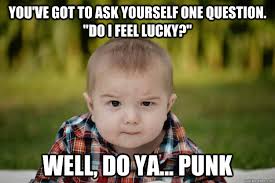 I’m glad you asked.  When something is place on the altar, the altar representing Christ, it is assumed that it becomes part of the sacred action.  It is to be made clear not only to the priest and his fellow ministers, but to the congregation as well (otherwise, why bother turning around the altar?)  Remember, anything not prescribed directly by Christ probably came about because at one point there was some problem, abuse, or scandal that is trying to be corrected.

“What might these be?” you might ask yourself.  I will give you a moment to ask yourself that question.

I’m s glad you asked.  Here are just some examples (that did not happen at my current parish) that I have witnessed over the years: 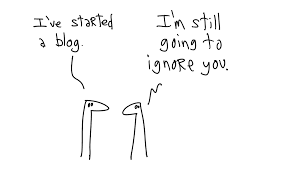