BE BEAUTIFUL OR DON'T BOTHER 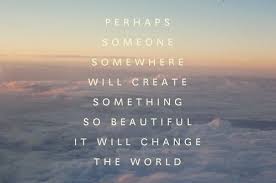 Late last year there was an episode of This American Life about Christmas that I found so touching that I used it extensively in my Midnight Mass (at midnight) homily.  You will not find it on our website where you may find the rest of our homilies.  The recording device was not set up properly that night.  There is a rough written out version of it just after Christmas here on Adam’s Ale if you are interested.

There is a part of that show that I didn’t have a room or time to share and it was one of the most important pieces.  I have been holding on to a scrap of paper on which I transcribed this wonderful insight looking for a use for it.  But it really only works as part of the whole.  So here is what I am going to do:  First I will quickly give it context and then give you the quote that explains what I think is the only way the Church in the United States will start reaching others again and is the theory behind the way I try to lead this parish. 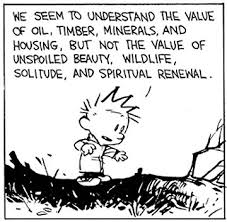 First the context:  The Columbian government hired an advertising firm to try to get gorillas in that country to lay down their arms and bring peace to the country.  Over the years, the firm realized that they were most successful at Christmas time.  So they focused on Christmas over the next few years with different and extremely successful campaigns.  One year they made thousands and thousands of softball sized globes that glowed purple and contained little gifts or word of encouragement and let them go in the jungle river at night where they would float by the gorillas who found them and having been move by them found led of the soldiers to demilitarize and go home.

“Everything you do needs to be beautiful.  The only element we cannot lack is beauty.  Make sure you like what you are seeing.  You cannot do ugly stuff.  When you see all these lights floating down the river - floating down toward you - you cannot escape the thought that this is a beautiful thing. 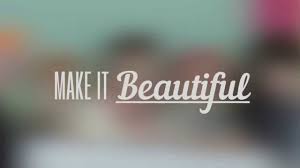 Oh, Father, I am so happy you posted this today. How funny I clicked over to your blog after being frustrated by all the ugliness on Facebook.

I have always been frustrated by our inability to harness the power of the beauty of our faith. Especially by my inability to articulate it.

I think it is difficult to promote beauty and joy because we are often seen as silly, dramatic or childlike. It gets us in two ways, no one wants to be seen as insipid and we are protective of what we see as joyful and beautiful. If people are going to mock it, we are less likely to share.

That seems to be the problem among my friends. They are often uncomfortable trying to promote beauty, it is much safer for them to aim for sophisticated and edgy so they can be sarcastic when someone doesn't like it.

I'm interested in your point, using beauty to help bring attention to our Faith. If you ever have the time, I'd love to hear more of your thoughts on this topic.

As if you've got time to be messing with the how the blog looks! :)

But the surprise white background (winter theme?) is probably due a problem with the theme. Maybe it updated and the new version is broke? Not sure how blogspot works.

It looks like instead of setting the page "background" to "#000000" (a number that means black to your browser), it's trying to set it as "$(color)". Which means nothing, apparently. So it just defaults to white.

No clue why the header image shrunk though! Maybe also the theme.