FRIDAY POTPOURRI: DID YOU GET UNDER THE FINGERNAILS?

These posts offertory are starting to feel like 7th grade - it just goes on and on and on . . .

But I an determined to be quit of offertory TODAY.

There are two last things, the second, in my estimation, being more interesting than the first so we will finish with the bang and start with a yawn. 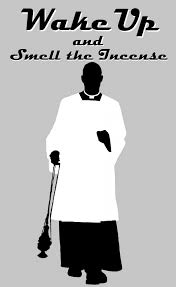 I like incense.  If I didn’t like making the distinction between big celebrations and “ordinary time” celebrations so much (since we no longer have high Mass and low Mass) I’d use it all the time (which may certainly be done.)  On St. Sebastian Day, after an entire Christmas season of using incense, a man at the back of the church said, “I’m glad we are going to be done with THAT for awhile!”

I understand.  I really do.  But I can’t seem to help myself.  Some day I’ll explore all that in a post.

There is a lot of history and symbolism involved with incense, but the reason everyone present (in addition to incensing the altar and the gifts) is thusly clouded in smoke is because of their exalted status in God’s Kingdom.   “The Priest, because of his sacred ministry, and the people, by reason of their baptismal dignity” all relieve this treatment.  (Notice even those in RCIA who are [supposed to be] non-baptized are excused before this point.  If RCIA is being done “according to the book,” baptized non-Catholics need not leave.)

Next involves the Lavabo or the washing of the priest hands.  Oh!  This is one of those topics on which we waisted WAY too much precious time in the seminary as a professor justified his reason for dumping the little ritual claiming that it was a left over from medieval days when people would donate animals and vegetables to the priest at offertory and the priest’s hands would be dirty and he needed to wash them. 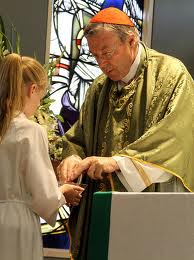 Now, it is true that this is a ritual that was considered to be dropped, but recent popes including Francis have defended this action while noting that it is both ancient (the formula goes back to apostolic times according to Tertullian which greatly predates the medieval period though it was not practiced universally) and that the symbolic value is just far too great.  Read more HERE from the Vatican website.

At this point in the Mass we are about to head into the holiest action of our lives on earth - the source and summit.  As the water is poured over the fingers that will be touching the host, the priest says, “Lord, wash away my iniquities and cleanse me of my sins.”

A couple of things to note: that it resembles Pilot’s action, it has no connection whatsoever.  That it is a part of the Seder meal or even that it comes from Psalm 26, “I wash my hands in innocence, and go about your altar, Lord, proclaiming aloud your praise and telling of all your wonderful deeds,” is not officially claimed.  In the end its greatest strength is in the priest’s ardent desire to be purified before acting on behalf of the Body of Christ. 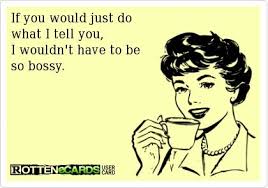 At some point we must remember that we (priests) are called to obedience.  That does not mean that we can’t argue and petition against something, but this is not a democracy, this is not “our” Mass, and we are not free agents.  It is good to remember the passage (Mathew 25:21), “His master said to him, ‘Well done, my good and faithful servant. Since you were faithful in small matters, I will give you great responsibilities. Come, share your master’s joy.’”

If your priest skips this part however, please don’t worry.  The Mass is NOT invalid - illicit perhaps - but not invalid and that is a HUGE difference.

But it would just be sad to not be able to use this joke anymore:

A server showed up late to serve Mass and the celebrating priest was upset with him because this was not the first time.  The priest pointed to the door and said, “Leave!  If you can’t be on time I’ll just do this myself!”

The server looked up at him and said, “But who will wash away your iniquities and cleanse you of your sins?”
Posted by Fr. V at 7:10:00 AM

In the 1970s, as the Church paired down her rituals, including the use of incense at Mass, we began to see a rise in extravagant productions at "rock concerts"--including light shows and "smoke."

That is an interesting insight and connection. I will have to give that some thought.