OF COURSE YOU KNOW THIS MEANS WAR from BUGS BUNNY

Politics have been the cause of so many wars in history. It is 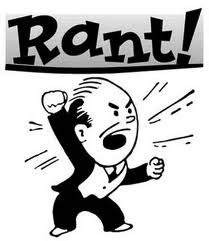 obvious that politics are bad for human beings. Therefore it is my recommendation that we should get rid of all politics.

While we are at it we should get rid of all land ownership, ethnic differences, wealth, power, natural resources, national pride, and national memories. All of these have caused numerous wars over the centuries. We cannot live with it any longer! It is time we rid ourselves of all these things!

I hope you get my point. I made the mistake of listening to the radio concerning the Pope’s visit to England (to which he was invited by the way.) The ranting about how evil he and the Catholic Church are was at fever pitch. I will give kudos to the program for bringing some non-disgruntled Catholics on to give other views of the visit – quite an unusual event in and of itself. But to the rest of it I just kept telling myself, “Just listen so that you can speak intelligently about this,” but it was just one unsubstantiated, illogical diatribe after another. I have absolutely no problem with someone who wants to engage in a conversation about any topic calmly and intelligently, but this reached to point of ridiculousness. 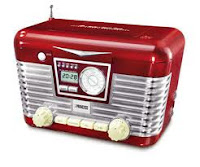 I can’t even go into everything that was said but one guest on the show – not a call in – went on at length about how religion should be wiped off the face of the earth because it has been the cause of death and war for centuries. He was so worked up that the host had to turn off his microphone and move on. Has God and religion been cited as reasons to go to war and/or to rally troops? Yes. Absolutely. Even by popes and leaders of other religions. But does that mean that religion leads to war? Hardly.

There are two things to consider here. One is similar to reasons people give for leaving the Church. There is usually the presenting problem. For example; “I think the Church is unfair and uncaring about (blank),” and there is usually the real problem, “I was divorced, remarried without a decree of nullity, my new spouse wants nothing to do with it, we already have a kid, the Church won’t make it all go magically away and my parents are on my back.” Much easier to point at the evil Church than to take responsibility for one’s actions.

In war it may be that someone is saying, “This is a holy war! Fight on for God and for the Right!” That is the presenting reason whereas the real reason is, “They have oil!” or “We want that land” or “I want to be richer and more powerful!” I mean, let’s be serious. Let’s take the case of a radical Christian (not a person who simply does as he wills yet claims to be a Christian and acting for Christ.) If you are a radical follower of Christ you embrace poverty, you glory in your weaknesses, you fail to see but Christ in another, you are moved to forgiveness and reconciliation and love of your enemy, and turning the other cheek. So does it sound remotely like someone who goes to war can truly declare they do so on behalf of Christianity alone? Only a simpleton would think so.

. It is always dangerous and completely unfair to judge anybody of past generations by the morays of the present. If you want to judge a war one cannot sit comfortably in their armchair with their cup of mocha and expound upon the horribleness of past epochs going to war over things they do not approve of without experiencing at least through the lens of historian the fear of, let’s say, a barbarian invasion in a time of little to no communication that, at least to their minds, seems to threaten the very existence of civilization itself.

Or say that Rome

is sacked (yet again) and the Vatican is taken over and used for some other reason. Radically I don’t think Jesus would care one jot. But many people not on the level of Jesus would. We might think it Okay to go in and relieve Rome from her distress (which is actually at least partly our distress) but generations from now (especially if we should fail in our mission) might say, “See how they invaded our nation! Killed our people! Tried to suppress us!” and no doubt there would multitudes listening to their car radios nodding their heads and saying, “Yes! See! We should get rid of religion!”

Let us suppose for a moment that we could wave wand and get rid of all religious beliefs. Say I could wave it over the Middle East and like that – ZAP – all religious fervor is gone. Does anybody really think that all of the war would stop? Do they really think that it is really just about religion? And without those who really practice what their religion says do they really think we would do better without those who would say, “But if you are serious about religion we are really going too far!”

Well, anyway, that is what was rushing through my mind as I listened to the radio and since the only one who could hear me was Sebastian I thought that I would let at least part of it out here.

You might find this report from the secular press more heartening:

The article below was written by the same author as the one cited by CK---but it was published a few days before the Pope's visit to Britain:

"This Pope is a great man, badly served by bishops unfamiliar with his writings"

The author believes that the Bishops of the UK have tended to believe the bad press about the Pope which he has received in Britain for years. Thus, they themselves did not do well in laying the groundwork for his visit.