Have you ever wondered what people thought about momentous 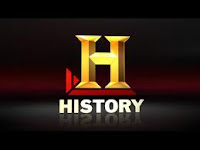 events in history through which they lived? I venture to say most people – if they were even aware of them – marked them with a kind of half interested indifference. When the Declaration of Independence was signed do you think that a scullery maid making portage on that particular day in England was aware that anything was going on or thought no more of it than, “well, aint that interesting?” and then turned back to mixing her pot. 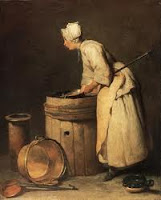 Even when Jesus was crucified – the way we tell the story it seems as though the whole world knew what was going on and felt strongly one way or the other. In fact that there were any number of people who saw the commotion thought, “There those people go again,” or sitting out in a field with their sheep were completely unaware.

This year alone there are some momentous events that will be in history books, talked about, and analyzed for years to come and we could easily miss their importance. The Queen of England’s invitation and the pope’s going is an astonishing event. I wonder how many people realize how grand this gesture was? It is a titanic shift in relations between powerful figures and nations of peoples that historically is unprecedented. And it is happening at time when the Anglican world is in crisis – another even that will be the subject of talk and debate for years and years to come.

In Cleveland the shift of population, changing demographics, the fact of fewer priests available, and the closing of Churches will be part of the Diocesan history classes forever. Nothing this noteworthy has happened in a long time if ever. I can see the future professor turning a page in his notes and saying, “Now we come to a particularly dark and difficult chapter in the life of the diocese . . .”

The break off of Historic St. Peter’s will be mentioned although the event is not as unique in this or any diocese as one might think. However the splash this one made will make it at least an interesting footnote for diocesan history classes. 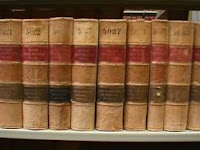 Well within the next two decades the diocese will also see its traditional backbone religious orders all but disappear and perhaps the emergence of something new. That too will be a sad, sad chapter.

Is there also good news? Maybe – I think so, but it is too early to tell yet. Will this time period be seen as the age of renewed catechesis? Will it be seen as the age when, although our numbers may shrink somewhat, those who are still active become more deeply dedicated to the faith as the late Pope John Paul II predicted? Will we continue to see improvements in the number men coming to the priesthood? Will the Theology of the Body start having that great impact in renewal on the Church that was predicted?

So much can hap

pen and we need not be the ones who simply sit on the curb and clap as the parade goes by. Almost all of these last points can be the beginning of something big and noteworthy for the history books but only of individuals decide to engage them – not “Church people”, not the active person in church who sits next to you, not your kids, but you. It is only when individuals decide to be holy, active, and responsible do great things happen. Sometimes it takes a lot of people acting on their own to make a change. We don’t have more men studying for the priesthood because a group decided to join the seminary but that individual men all step forward. And sometimes it only takes one person acting, like a queen inviting an estranged pontiff to tea.
Posted by Fr. V at 6:32:00 AM

orientalrug said...
This comment has been removed by the author.
Saturday, September 25, 2010