MAY I HAVE THE ENVELOPE REVEALING GOD'S PLAN PLEASE.

So a lady calls me who had been trying to get into a religious order out of state.  “I was accepted!” she exclaimed and wanted to come in to see me the next day to talk about it.  To tell the truth, I was excited also. 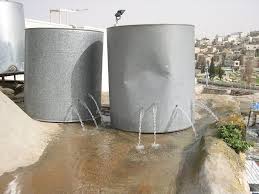 The next day she comes in and starts balling tears.  Waterfalls.  Like someone accidentally punctured a water tank.  I was mildly confused.  “I thought we were happy and excited about this,” I said.  As it turns out, the gentlemen with whom she was spending time decided that he was serious about loving her and wanted to spend a lot more guaranteed time with her.  So out of the blue he proposed and now she was conflicted.

“Well, first let’s look on the bright side,” I responded, “It is not as though you are looking at the difference between death row and a life sentence.  This is a choice between two goods!”  (That didn’t help.)

Unlike St. Francis, most people don’t have a dream or hear a voice from God saying, ‘HERE IS EXACTLY WHAT I WANT YOU TO DO.”  Be glad.  If that happened, you would HAVE to fulfill it or be in serious sin since you would know the will of God and then ignore it!  Most of us are granted MUCH more leeway.

So most of us go through a period of discernment.  Or we should instead of just plowing through life doing the next thing that pops up.  If you want a plan of discernment, there are all kinds of books, tubes and retreats on the matter.  Many times it comes down to making a decision.  Your discernment may leave you with two goods and nights of roiling over “What does God want me to do?”  Here’s the answer (and you may not like it if you are in the roiling process right now.)  Sometimes God wants you to choose and then be faithful to that choice.  Marriage and religious life are two goods.  They were placed before the woman mentioned above like two puppies.  She had to choose one and only one, and then make the decision to give that one puppy all her care.

Thank you very much!
That validates what I discerned when committing to my vocation, but I thought it was unusual.