FRIDAY POTPOURRI: 1928 INSTALLMENT I: LET'S START AT THE VERY BEGINNING. A VERY GOOD PLACE TO START 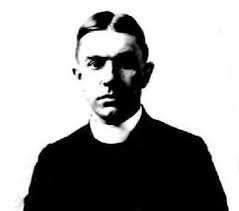 On July 27th, 1928 the Catholic Universe Bulletin, the newspaper for the Diocese of Cleveland, ran a headline that read, “NEW PARISH FOR AKRON ANNOUNCED – NAMED TO ORGANIZE NEW PARISH REV. HILARY ZWISLER.”  The Reverend Hilary A. Zwisler, born on November 15, 1885, was a native of Akron having attended St. Bernard Parish School.  There he would be in class with a young Robert Kraus with whom he would have a life long friendship and who would also come to play a significant role in the history of St. Sebastian Parish.

Eventually, studies for the priesthood led Hilary to St. Charles College in Ellicot City Maryland, then to the old St. Mary, Our Lady of the Lake Major Seminary on Cleveland’s Lakeshore Avenue for two years before being sent to the American College in Rome.  He was ordained a priest for the Diocese of Cleveland at the Lateran Basilica in Rome by Cardinal Pompili, the vicar general of Rome, on May 17th, 1913.  His first Mass was held the next day at the Tomb of Saint Peter. 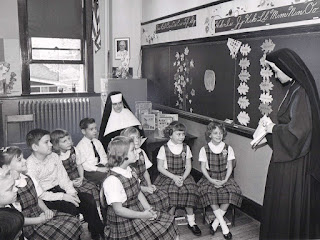 Before becoming pastor of St. Sebastian Parish, Fr. Zwisler served as parochial vicar at St. Michael Parish in Cleveland (13 August 1913 to 15 August 1918), as army chaplain (until August 1919) then as parochial vicar at St. Mary Parish in Akron (6 October 1919 to 5 April 1922) and finally pastor of St. Barbara in West Brookfield, a municipality later annexed to Massillon (5 April 1922 to 6 July 1928).  While there he took on the building of a school which was staffed with teachers sisters from the order of the Holy Humility of Mary, the religious community that would later staff the new parish school in Akron.

On the 6th of July 1928 with just fifteen years of priesthood under his belt, Fr. Zwisler became the founding pastor of St. Sebastian Parish.  Not until the priest shortages of the early twenty first century were such young men made pastors in this diocese, let alone founding pastors. 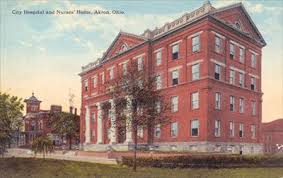 Father Zwisler arrived back in Akron on the 7th of July and took up residence in the newly constructed St. Thomas Hospital named after Fr. Thomas F. Mahar who was pastor of St. Vincent Parish for 34 years.  His first order of business was determining exactly what his parish boundaries would be.  Fr. Zwilser met with the pastor of St. Vincent Parish, Fr. John J. Scullen, from whose territory the new parish was to be formed.  The dividing line between the two parishes would be Portage Path and Diagonal Road from Botzum to Wooster Avenue.  The Southern boundary would be Wooster Avenue, the Cuyahoga River to the north, and finally to to the west it would extend out toward Peninsula, Medina, and Wadsworth.  At the time the area known as Wallhaven was considered the very edge of the city and the roads from that point out to these towns were little more than dirt and the only civilization farms. 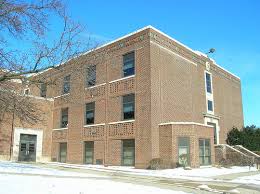 The priests sent a joint letter to Bishop Schrembs who approved of the new territory in a letter of 28 July.  The bishop placed the parish under the patronage of Saint Sebastian who was, “one of the outstanding martyrs of the early Church.  He is neither Celt, nor Teuten, not Latin, nor Slav, but a universal patron.”  A couple of days later on August 1st, a letter was written to all those who now lived in the new parish boundaries advising them that they now belonged to St. Sebastian Parish and that the first Mass would be held on August 5th in the gymnasium at Rankin School, where, as it turns out, Mass would continue to be celebrated for the next 16 months.
Posted by Fr. V at 6:25:00 AM