THE "HOW NOT TO" OF EVANGELIZATION 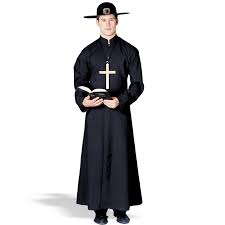 It was was late and I was still fully vested and noticed that one of the doors of the church was still propped open and so went to close it before I took off my robes and put everything away.  Just I was about to close the door two gentlemen walked in.

“You are welcome into the church,” I told them, “Just make sure that the doors are closed when you leave.”

One was dressed like a priest whom I have never seen before.  “Oh no Father, we are here to see you.” 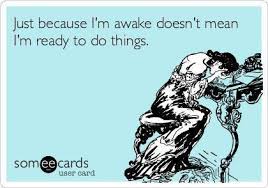 “We are here to tell you that Jesus loves you and died for you.”  Then for the next fifteen minutes or so the priest gave me his witness about what a rough life he lead until he started taking Jesus seriously, while I stood against the door holding it open, fully dressed, with a candle snuffer in my hands.  In my mind, I am wondering how I can shake these guys.  I’ve got a church to close up, it’s close to my bedtime, and I just wanted a little time to unwind.  But being late, I had no excuse.  “I have another appointment to get to,” would not only be a lie, it would be an improbable one.

But then he was winding up and I though that I could still salvage a little of my evening.  Nay, nay.  Then the other gentleman started in on his self humiliating witness.

The night went on from there.  It is a much more involved (and mildly humorous) story.  Eventually we (Fr. Simone is there by now) fed them and found them a place to stay.  Afterward time was given to analyzing how effective their witness was.

I suppose on the one hand I an grateful for being given the opportunity to minister to them.  (And if anyone gives even a cup of cold water to one of these little ones who is my disciple, truly I tell you, that person will certainly not lose their reward.  Mt 10:42.)  But was their witness effective?  I found myself more annoyed than anything else. 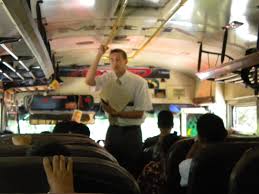 It reminded me of riding the Metro to downtown Akron from Barberton when I was a kid.  There was a guy who got on and started asking people, “Are you saved?  Are you going to heaven?”  He worked his way down the aisle of the bus and before long people would not even look at him.

In both of these cases there was a person who presumed they had something to give you without even bothering to know you (or being asked.)  Is that it?  It is like someone handing out unsolicited medical advice?  A person leans over from their table at the restaurant and taps another patron on the shoulder, “Are you really going to eat that?  Do you know what that does to your arteries?” 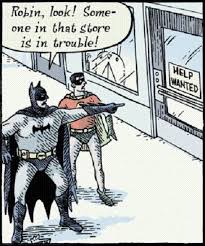 The lesson for me here is that evangelization doesn’t seem to work well in guerrilla mode.  I know my defenses went immediately go up.  (Who are you?  What is that you really want?  Do you even know me or what I might need?)  But the best path is always through familiarity and invitation.

Maybe not the best example is my father.  When he was nearing the end of his life, not a lifelong friend of the church, he started asking me for “help.”  “All I have Dad is sacraments and prayer,” to which he offered a, “Bah!”  Then one day he begrudgingly said, “Okay.”  It was such a shock that it took me a few seconds to believe him.  There were no commands, “You need to pray and be anointed!”  There was no ambush, “I’m going to anoint you whether you like it or not.”  There was an invitation from his son and eventually he said yes.  I believe, handled any other way, he would never have been anointed - just annoyed.
Posted by Fr. V at 7:57:00 AM