LOSS OF FAITH - LOSS OF LIFE 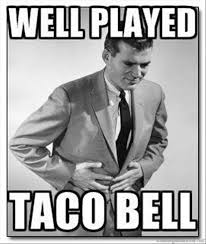 I remember the first time I had the courage to eat at a restaurant alone.  It was a Taco Bell.  I was in junior high school.  I went in, ordered, ate, and then went home.  This was a huge breakthrough for me.  Telling my parents excitedly about it one could see in their faces a mild mixture of amusement and befuddlement.  But being a lone in public was difficult for me (other than bike rides and hikes and the like) and a taco changed my world.

To varying degrees each of us needs alone time and people time.  Difficulties in life begin when we get too much of either.  Too much community can lead to depression just as much as too much alone time.  As an introvert, I often get “peopled out.”  But as a nation, there is a trend to be alone in a crowd.  We are becoming disconnected, fragmented, and largely left alone behind the walls of self. 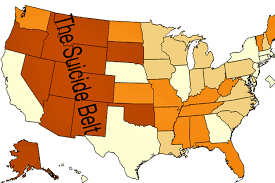 In a recent article entitled, “Dying of Despair” in “First Things,” Aaron Kheriaty writes about the growing suicide epidemic in the United States.  “Depression is now the most common serious medical or mental health disorder in the United States,” he reports.  And it isn’t just the dispossessed, the addicts, the “failers" and the victims.  It is skyrocketing among those we think as privileged, successful and should have every worldly reason to live.  (We don’t hear about that much though.)  If you want more on this you can read the article in the August/September 2017 issue.

Kheriaty attributes this culture of death to the increasing isolation of the individual from a cohesive and supportive social structure.  (Read family and religion)  The continuing fractioning of marriage and family and the growing number of “nones” religiously set people adrift where they have to create their own world of meaning, of dignity, of self worth, of purpose and of love.  The problem is that when you have this idea alone on an island, it is difficult to maintain it with any sense of belief or joy. 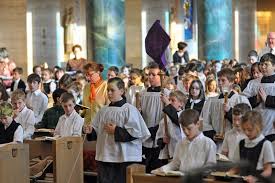 From Freud to Jung, there seems to be a recognition that there are aspects of Catholic culture (particularly confession of all things) that are very beneficial for the human person.  Emile Durkheim (1897) suggests that, “Catholic societies helped reduce suicide while greater individual autonomy and social isolation in Protestant societies tended to increase it.”  (See above article.)

I see this as an example in my own life.  I was enveloped and supported in the life of my home parish growing up.  I was encouraged in a faith life that gave meaning and hope to my existence from a source far bigger than mere human concepts.  I was brought together in a community of believers at least once a week.  We volunteered together.  This was encouraging even in life’s more common moments.  I remember when I was quite young and the men of the parish were together working on some project, and they told one an older boy to flex his arm.  The men laughed an patted him on the back.  Next was me.  I was a scrawny kid but they supported me just the same.  It was an introduction to Christian acceptance and manhood from a source far greater than just what I came up with as an individual. 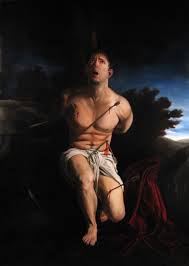 That is Christianity at its best: forming community and family - that we may all be one.  It is possible to enter into our churches and still be alone and we need to work at that.  And it is not as though if we put prayer in schools and everybody went to church that all of our problems would be solved.  It’s more complicated than that.  But there is no denying that the death of faith runs tangentially with the increasing death of individuals by their own hands.
Posted by Fr. V at 7:46:00 AM

My own experience with the church and local community was very similar to yours. And I agree that the encouragement in faith gave meaning and hope to my existence. But no one really "preached" it to me that way. it just happened, week in and week out. I don't think that hearing the message is enough, otherwise we could just shout out the message and "everyone would be OK". It is in the "doing". Maybe the old "acts of faith with works". I think we all need the work. Of course a community makes doing that work much easier.