MONDAY DIARY: ALMOST EXCRUCIATINGLY TRUE STORIES: IT WASN'T ME. IT WAS MY DOG 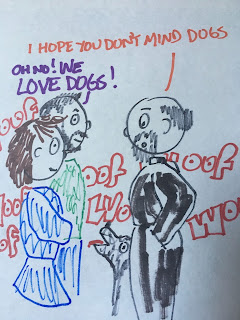 So as you know I have a dog named Sebastian.  I've written a lot about how much ministry he does around here.  There have been meetings where people have said, "Father I was so nervous coming in to speak with you, but your dog came and sat by me and I knew everything would be Okay."

Mostly those stories are still true.  But things have changed.  For example, when I have a couple in for marriage prep and we sit at my desk, it used to be that Sebastian would sit quietly at my feet on my side of the desk.  This is not longer the case. 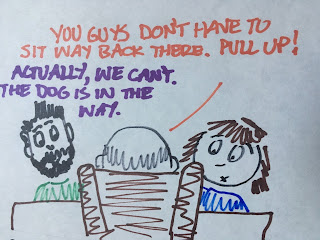 And as Sebastian gets older, he's starting to make noises like an old Norwegian farmer bachelor who never had anyone living with him to tell him that he was starting to make strange noises that, in his youth, he was savvy enough to keep to himself or at least for when he was alone. 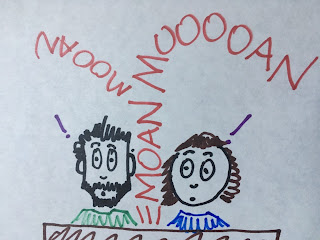 He has taken to making these moaning noises.  Think of a five-year-old who is board out of his skull and has just sat down on the living room couch and as soon as backside hits the cushion you say, "Help be bring in the groceries."  Mooooooooooooooan!

If Sebastian is inconvenienced in anyway, he does not politely move out of the way, he moans as if the world is so self centered and impolite as to not let him sit in the most inconvenient spot possible.

Then as we move along, he will fold himself into what looks like a black meatloaf with some  random appendages sticking out and start slurping at himself.  Not a nice polite kitten-like cleaning of cute little paws but more like a pig at a slop fest. 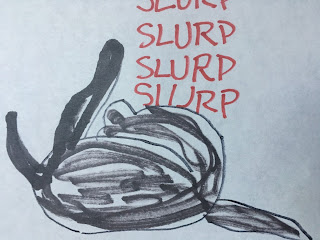 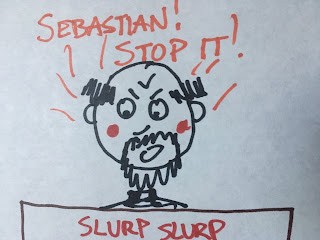 But inevitably the couple will politely say, "Oh that's Okay.  He's just fine and so are we."  I know - I KNOW - I KNOW I should escort him out of the office but if I stand up to do so, one or the other will say, "Hey Father, I grew up with dogs.  It's Okay.  Leave him where he is."

Then we will get to the most sensitive part of the night's discussion.  Things very intimate and serious.  And just as I get to the most touching, beautiful, holy part there is new noise.  It's hard to describe.  It started a year ago.  It is difficult to describe accurately save to say it is very, very loud.  I am not quite clear how it is accomplished.  I know it demands a tighter meatloaf-like position and involves a moan to get there.  He kind of vibrates when he makes it.  And the sound . . . there is definitely some element of slurping, something that sounds like someone giving you the raspberry, a bit of snorting, and dash of honking noises. 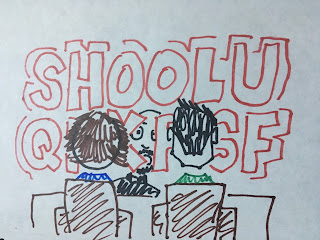 Of course, that is when I lose it. 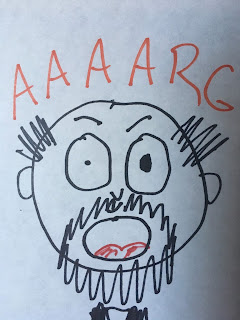 But couples who are getting married are crazy happy and unperturbededly polite and pretend that nothing is going on.  And I feel poorly.  It's my bad.  I should know better.  But I appreciate their understanding. 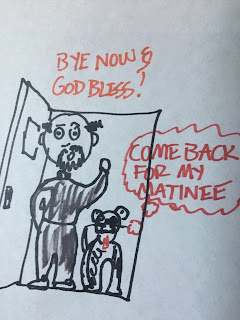 I had to wipe the coffee off my monitor after I read that. It spewed out of my mouth while I was trying not to laugh out loud at my desk! Don't all dogs wait for company to perform their most disgusting dog noise? Thanks for the laugh Padre!

All that moaning--Arthritis medicine for dogs: