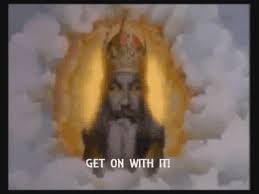 Enough with all of the preparations, clarifying of conditions and examination of intentions.  Let’s get on with the actual wedding already.

The priest says, “Since it is your intention to enter the covenant of Holy Matrimony (almost asking the question one more time this is your intention isn’t it?) join your right hands and declare your consent before God and His Church.”

Did you ever ask yourself, “Self, what’s up with the joining of right hands?”  Well I have.  Why not join both hands?  Why not left in right as they stand next to each other?  Why not join left hands since that is the hand on which you will wear your wedding ring?  (More on that later.)  Why join hands at all?  Why not just stare at each other?

So I tried to do a little research for you.  (This first part is my opinion - nothing that I discovered about Catholic symbolism.)  I suppose some of it is that it is further and intense clarification.  It seems more than with any other sacrament, we have a desire to be extremely precise with matrimony.  “Who is this person going to marry?  Why the one whose right hand is held.  Can’t mistake that one.  That guy is definitely not accidentally getting married to the lady in the front row.” 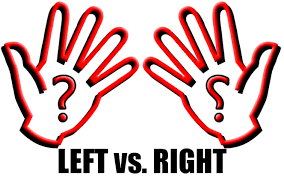 There is a lawyer in the parish who joshes me about being so precise about things.  Even with the Eucharistic Prayer, I am very conscious about making eye contact with the species that is about to be consecrated.  (This is not in the rubrics.)  So when consecrating the wine, at some point I will glance at all of the chalices on the alter.  I just find this mindful.  I am not intending to consecrate the loaf bread you happened to bring in on your stop at Acme No. 1 before coming to Mass.  So could this holding of right hands have this precision in mind?  Everything the Church does seems to always clarify something that someone in the past has misunderstood.

The little bit that I could find is that it could possibly have pagan origins.  This will send some people over the edge.  “See that?!?!  The Catholics are doing something that pagans used to do!  That proves they are following Satan!”  As if a pagan cannot be baptized for the glory of God.  Not everything pagan was evil or bad.  They had some awesome ideas.  I mean, ancient paganism (not the knock off excuse for paganism modern forms are) gave way to Christianity.  These guys were not completely off track. 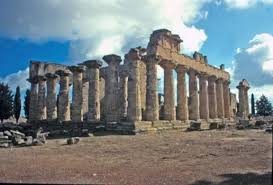 It was part of more ancient ceremonies that hands were bound.  The hand clasp is an ancient sign that an oath is being engaged between two parties - marriage being one of them.  This is the serious moment.  We are done talking and negotiating.  It is obvious that the couple is aware of what is about to take place with this formal gesture in front of these witnesses.  Even if you cannot hear it, you know that this is the moment of truth.  It is the right hand that grasps the hand of the other, not a weapon or any other such thing.  You are the one to whom I am about to give myself - in a way that has been done since even before Christianity though now the gesture is baptized for us.  This seemingly inconsequential action is so ancient, so recognizable, so ingrained into our culture and humanity, is so heavy with tradition, that it is even announced, “Join your right hands and declare your consent before God and His Church.”
Posted by Fr. V at 8:01:00 AM

The dexterarum iunctio (joining of the right hands) definitely comes to us through our Greco-Latin roots. It was already a Roman custom for signifying an agreement before it was first included in betrothal ceremonies (used in marriage much later) after an agreement was reached between two noble families for the marriage of their children (a moment also celebrated with a feast). Evidence of its use for such purposes goes back to the 1st century BC, so, indeed, the roots of this custom goes back almost to the foundations of Western Civilization. At the very least it is representative of the Roman legal thinking that has become so ingrained in our culture (and our liturgical forms) as to be almost taken for granted. But that is who we are in our Roman expression of the Catholic faith.