FRIDAY POTPOURRI: MARRIAGE SAVES THE WORD ASUNDER. WHEN ELSE DO YOU HEAR IT? 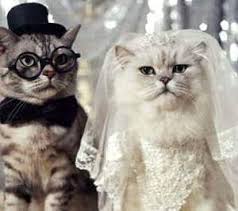 Someone asked me the other day if one can accidentally marry someone: that is, say the wedding vows as part of a play, or the rehearsal, or joking around.  The question had to do with, if a sacrament has an outward sign that is efficacious, that is, it does what it says it does, then does the act of saying it make it come true?

Knowledge and consent are required.

So is what you are seeing the real deal?  Just to clarify, the official witness of the Church will, following the vows, announce that you have declared your consent before the Church (using one of the formulas) and announcing the grand reminder, “What God has joined, let no one put asunder.”  One can almost hear the universe shifting.  A new, unbreakable reality has been created.  The course of history has changed.

In Genesis, poor little Adam is all alone in the garden.  Adam, at this point, is not a guy by himself, he is what humanity was at that point: complete in this one person.  Then after being surrounded by all this life and beauty, he discovers that he lonesome.  St. John Paul II calls this the “original solitude.”  And it wasn’t good.  So God took from Adam, who was one, and created Eve.  Now man, who was one, is now two and incapable of doing everything that a human being is capable of doing until meeting up with a complimentary partner.  (It is only then that all of the equipment is united again if you will.)  That is why they become one in marriage.  They complete each other.  And once joined, they are never to be separated again.

How amazing is this?  The entire face of the world is about to change.  If your parents had never met, you and your siblings would never have been born.  If your grandparents had not married, your parents, aunts, uncles, nephews and nieces would never have been born.  One generation before the number is already become so great as to be difficult to comprehend.  Go back far enough (and probably less far than you think) and entire nations begin to change.  Marriage is powerful.  This service to which you attend at which someone with you has asked, “Do we have to go?” and then huff through it is altering the course of the world. 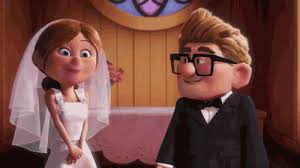 So after the declaration is something that I like but find difficult to do in practice.  This is new.  Immediately after this the celebrant sings (or says) “Let us bless the Lord!” to which ALL present are to respond, “Thanks be to God!”  This makes absolute sense.  We have just witnessed something awesome and we should sing an acclamation.  The problem is nobody is ready for it, has practiced it, or is looking at a program.  Even die hard Catholics who come to Mass every day are often have brains that shut down during a wedding and have to be reminded, “Let us stand now . . .”  And it kind of takes the punch out of it if you have to explain too much.  “I am about to say, ‘Let us bless the Lord’ and your are going to respond . . .” 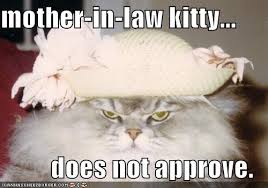 Our Cathedral has a decent way of handling such things.  We will have to find our own way.  I sometimes poo poo such things with, “Well, THAT will never work.”  But I’ve also been wrong about that plenty of times.  Maybe this will become so common that it will even be used in movies as readily as “speak now or forever hold your peace.”

Don’t spend another minute fighting with your spouse in pointless
passive aggressive behavior. This solution will set your mind
at ease once and for all.

There’s a simple, paint by numbers formula for saving your marriage
and it can be working for you in less than an hour.

Take back your relationship AND your life!

Secret to Marriage Reconciliation – Take Back Your Life

Talk to you soon,