MONDAY DIARY: ALMOST EXCRUCIATINGLY TRUE STORIES: A BEARD IS A GIFT TO YOUR FACE

I realize that today's post may have limited appeal.


A couple of days ago, Fr. Pfeiffer and I were discussing "Beards of the Diocese."  There are some truly amazing beards out there.  Fr. P classified them by their power to awe and inspire.  Here is an example of some of them: 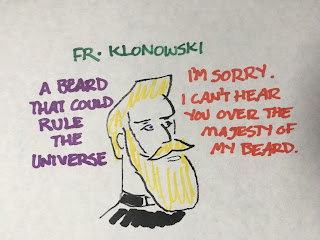 The interesting thing I am discovering is how many Catholic Beard Balm companies that are out there.  It just makes it seem like such a Catholic thing. 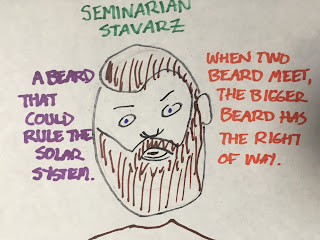 It is a great conversation starter for guys.  We don't often reach out and talk to other guy strangers but a beard is a lot like a dog.  They are a gateway to conversation. 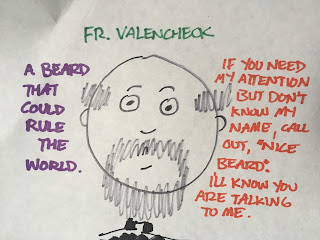 It's a brotherhood thing - one of the few uniquely masculine things one can do that is not politically incorrect. 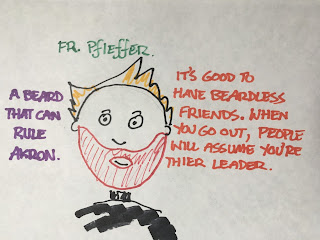 Although I will admit I have complimented a guy on his beard only to be chastised by a wife, girlfriend, or mother who, with stern eyebrows, will say, "Don't encourage him."  But I do, even for those who are merely trying. 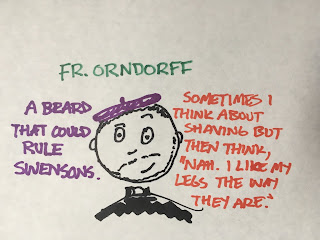 Not everybody is excited about the project. 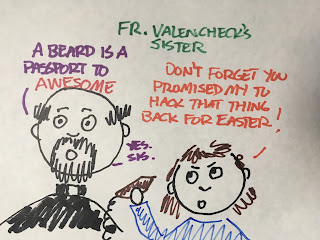 Awesome. The majestic beard was the best one.

" . . . one of the few uniquely masculine things one can do that is not politically incorrect."

Well, those who do not naturally have testosterone or do not have an "androgen-producing tumor" will need to find a way to get testosterone: "ask your gender specialist or endocrinologist to prescribe testosterone for you; nothing else will do it."

If God decides he needs a new Old-Testament-Style-Prophet, I don't think it will take him long what diocese to pick from, that's for sure.

Where would the Byzantine/Eastern rite priests fit in? They have some pretty powerful beard action!

And where is Fr. Kovacina on the scale?