FRIDAY POTPOURRI: THE MOMENT WE HAVE ALL BEEN WAITING (AND WAITING) FOR 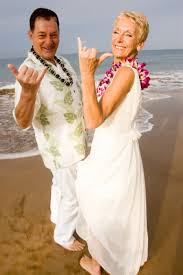 “Fifi, I think that you are the grooviest girl ever.  You make me so happy that I have decided that every day I want to wake up and see your beautiful face.  So I ask you to be my wife, like, unto forever.”

These are vows that you wont hear at a Catholic wedding.  We would consider these better for a toast at the reception perhaps.  There are some specific things that constitute a marriage in the Catholic Church that would vary from the state requirements or that of other faiths or even the intentions of the couple.  That is why we had all this brouhaha making absolutely sure (as much as possible) that this couple knows what they are getting into.  Let’s take a quick look at the vows:

There are two sets of vows put forward in the wedding ceremony.  Each of these two sets of vows can be exchanged four different ways:  1) They may repeat them after the priest. 2) They may give consent through questions (the priest asks, “Do you take . . .” to which they respond, “I do.”)  3) They may memorize them (I have had only 2 couples do this in 18 years) or 4) Read them from a prompter.

The first set of vows is the “all the days of my life.”  Two minor changes were made.  The first is “I will be true to you” has been changed to, “I will faithful to you”.  The second is making the vow a single sentence instead of two sentences. 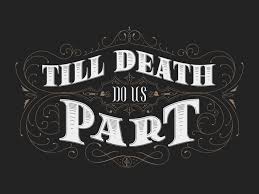 The second set of vows is the “till death do us part.”  I like these ones better but the vast majority of couples do not.  There is one added, clarifying phrase.  Just before death doing them part was added, “”to love and to cherish.”

There are a couple of interesting things to note about these vows.  (Probably a lot more - but these two will do.)  The first is that the priest in the Roman Rite is not the celebrant of the sacrament of matrimony, the couples are the ministers.  The priest is the official witness of the Church.  Way, way back in history one didn’t need the priest to get married.  (There are some extremely rare exceptions to this day that this are still possible - but none of you will qualify I dare say.)  Almost everything the Church does is because at some point there were abuses.  So now we just say that you must have a priest as a witness to the exchange of vows. 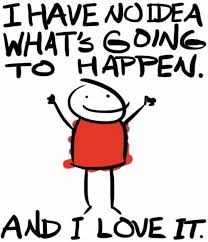 Secondly, there is nothing contained in the vows stating what it is that you expect from the other person.  That would steer us toward a contractual marriage and an exchange of services (such as one receives from the state) rather than an exchange of persons making it a covenantal marriage.  You can demand services from someone (a contract) but you can’t demand that the other person give themselves to you (a covenant.)  We enter in to marriage to serve.  If both persons are true to the covenant, then, of course you will be loved in return.  And our goal is to have two persons radically engaged in ministering to and loving each other (not trying to draw love out of the other person.)  It is our model for civility in general: That we be 1.2 billion people engaged in being of service to each other rather than being 1.2 billion people demanding to be served by everybody else. 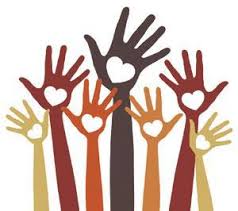 Note that about marriage - that it serves as a model for the community.  It is also why marriage belongs to the whole community, not just the couple getting married (and why it is important for you to celebrate your 25th, 50th, 60th anniversaries publicly.  Your witness is needed!)  It is why we ring the steeple bells before a nuptial ceremony:  It is a public event.  And as the couple is to be a witness to love in the world, the community is to be a support to those engaged in living out their vows.
Posted by Fr. V at 8:59:00 AM