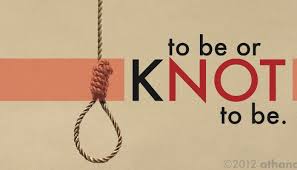 When Pope Francis spoke before a joint session of Congress in September 2015, he urged that the death penalty be abolished throughout America, a request with which one might presume a career prosecutor would disagree. Such an assumption would be incorrect, however, for Pope Francis’ request of Congress did not merely express a personal policy preference but was firmly grounded in Church teaching. As the State of Ohio contemplates executing condemned criminals for the first time since 2014, understanding why capital punishment cannot be morally justified is of paramount importance. Indeed, rather than tolerating executions, the citizens of the State of Ohio should demand that the death penalty be abolished.
American criminal law traditionally has recognized a necessity exception to the prohibition against intentionally killing another person, taking several forms: (1) self-defense when faced with imminent threat of deadly force, (2) defense of a third person faced with a similar threat, and (3) soldiers in combat facing an armed enemy. To this list during the colonial period of our nation’s history might be added capital punishment, because secure prison systems had not yet been invented.2 As secure facilities to imprison the most dangerous offenders did not exist, public executions were thought necessary both to incapacitate dangerous criminals and to deter others.3 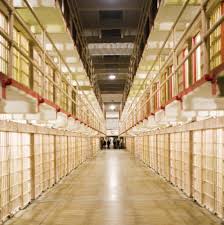 Today, any issue concerning lack of adequate prisons has disappeared, as both federal and State prison systems contain maximum security facilities to incapacitate murderers and other violent offenders. This fact makes a definitive moral difference, as articulated by Pope St. John Paul II in his encyclical letter Evangelium Vitae, which defended the inviolability of human life. Discussing capital punishment, Pope John Paul stated:  “It is clear that…the nature and extent of the punishment must be carefully evaluated and decided upon, and ought not go to the extreme of executing the offender except in cases of absolute necessity:  in other words, when it would not be possible otherwise to defend society. Today, however, as a result of steady improvements in the organization of the penal system, such cases are very rare, if not practically non-existent” (emphasis supplied).4 The Pope then declared that “if bloodless means are sufficient to defend human lives against an aggressor and to protect public order and the safety of persons, public authority must limit itself to such means….” (emphasis supplied).5 The mandatory character of the latter statement is unmistakable.
In short, according to Pope St. John Paul II, the moral test of strict necessity governs when even a murderer may be executed and, because of security enhancements in modern prison systems, the set of offenders who must be executed in order to protect society is functionally a null set. Under modern conditions, therefore, capital punishment cannot morally be justified under the strict necessity test, a standard which helps to protect the bedrock principle that a person’s right to life is inviolable. 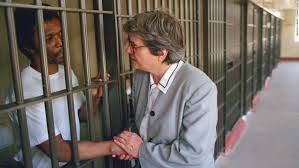 After the publication of Evangelium Vitae, the discussion of capital punishment in the Catechism of the Catholic Church was revised. Now, paragraph 2267 of the Catechism says that the death penalty may be imposed, “if this is the only possible way of effectively defending human lives against the unjust aggressor.”6  It incorporates Pope St. John Paul II’s teaching that if “non-lethal means” suffice to protect society, then “authority will limit itself to such means” (emphasis supplied).7 Paragraph 2267 then concludes:  “…the cases in which the execution of the offender is absolutely necessary are very rare, if not practically non-existent” (emphasis supplied).8 In light of the Catechism’s teaching that, as a matter of practical reality,  circumstances in which capital punishment could be permissible do not exist, imposing the death penalty cannot morally be justified. To the extent that our legal system permits capital punishment, it is morally flawed. 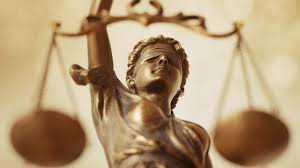 Other considerations also undercut any moral basis for capital punishment. In the Supreme Court’s 1972 splintered decision in Furman v. Georgia,9 which temporarily invalidated the death penalty nationwide, the controlling three-Justice plurality variously found that capital punishment as then administered was being imposed in an arbitrary, capricious or discriminatory manner largely because a jury’s discretion to impose it was unfettered. The death penalty was revived, however, only four years later in Gregg v. Georgia,10 where the Court approved a capital sentencing scheme requiring a trial bifurcated between guilt and penalty phases, lesser included offense instructions where applicable, a jury’s finding of at least one aggravating factor beyond a reasonable doubt, the weighing of mitigating factors against any aggravating factor(s) and  appellate proportionality review in relation to similar cases. In sum, a jury’s discretion concerning the death penalty would be guided by legal standards. The implied premise underlying Gregg is that the courts are capable of ensuring that a capital sentencing system will function fairly.11
Forty years later, however, the data demonstrates otherwise. A 2005 study conducted by the Associated Press found that, in Ohio, a defendant who kills a white person is twice as likely to receive the death penalty as a defendant who kills a black person.12 The organization known as Ohioans To Stop Executions has reached the same conclusion.13 Even more sobering, the final report of the 2014 Joint Task Force to Review the Administration of Ohio’s Death Penalty cited an ABA Ohio Assessment Team study indicating that offenders who killed white persons were 3.8 times more likely to be sentenced to death in Ohio than those who killed black persons.14 Racial disparity in capital sentencing based upon the race of the victim has been found in numerous studies conducted in other death penalty states as well.15 And, Ohioans to Stop Executions has found that “two-thirds of all Ohio murder victims are people of color, yet in 2013 three out of four new death sentences were for the murder of white people.”16

Imposing the ultimate penalty—death—based upon the race of the victim is inconsistent with the concept of equality before the law. Nor can this practice be squared with the basic principle that all human beings are of equal, infinite value before God. When the death penalty is imposed far more often against killers of white persons than against killers of minority persons, then our society has concluded that it values the lives of white persons more than the lives of minority persons because it systematically imposes a harsher penalty when the right to life of a white person is transgressed. The statistics show that murdering a white person effectively is regarded as a more serious offense than murdering a minority person because the consequences of killing one versus the other systematically differ. Such systemic racial discrimination inherent in the capital sentencing system must be condemned as morally bankrupt.
Adding further moral weight against using capital punishment is the reality that the death penalty is sometimes imposed upon innocent persons. According to criteria established by the Death Penalty Information Center, since 1976 there have been nine exonerations of defendants who were sentenced to death in Ohio alone.17 “Exoneration” means that all charges against the defendant ultimately were dismissed, that the defendant was acquitted at a re-trial or that the defendant was pardoned based upon substantial evidence of innocence. No system of justice worthy of the name can tolerate not only the possibility that innocent persons might be sentenced to death, but also the established fact that innocent defendants have actually been sentenced to die, including in Ohio.


In sum, the death penalty does not satisfy the moral test of strict necessity and is imposed in discriminatory fashion despite four decades of judicial effort to render the system fair. The citizens of the State of Ohio should conclude that capital punishment can no longer be tolerated because it is fundamentally indefensible and should demand its abolition. 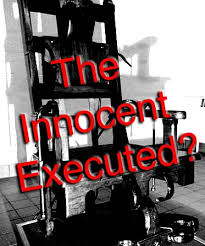 I agree that capital punishment is not needed in Ohio, but the Catholic Church has 2000 years history where they have supported it as a legitimate means of defense and as a legitimate form of punishment (the latter being generally ignored in the modern days).

I love being Catholic because it is true. This has been one of the most interesting topics because there is a clear desire to change teaching on a matter that the Church cannot change with disproving her own claim to infallibility.

I have a number of questions on this one. Are we obligated as a society to pool our resources to create secured facilities? If we choose not to, does that make the death penalty okay? Wouldn't that mean people in the past had an obligation to attempt to create secured facilities rather than use the death penalty? Or otherwise incapacitate criminals?

I know we all like to think we are modern and awesome but to argue past cultures could not have secured their dangerous criminals is false.