If you are living the Christian life you should be 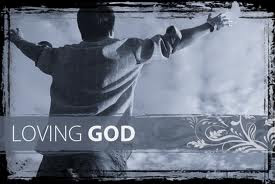 encountering some amount of opposition. It may be veiled, but it exists by way of snide comments, “funny” put downs, disdained looks, the dredging up of urban legends, or dismissive attitudes. It can be discouraging and disheartening.

There are two paths one can take at this point: 1) Surrender. “Why do I bother? I’m all alone in this. Does this stuff matter anymore?” 2) The second and only appropriate response is thankfulness. “The apostles left the Sanhedrin, rejoicing because they had been counted worthy of suffering disgrace for the Name.” Act 5:41. What better way for mere mortals to show their love for God than to stand by Him even when others persecute you for it. Would you not rejoice to have a friend like that – who believed in you no matter what – no matter the consequences? That is our gift to God too – to love Him not just when and where He is popular but always. To rejoice that you were found such a good friend as to deserve the scorn that He is given.

When next you encounter pain on account of the Name, remember to stop and give thanks and pray for those not given the faith you have received.
Posted by Fr. V at 5:52:00 AM

Some of it comes from other more luke-warm Christians, or those who really don't understand their 'professed' beliefs that good.

Thank you, Father. I needed this today, and it was a good reminder.

And a good reminder that faith is a free gift from God. Those who belittle us need our prayers to help them receive the gift that we who did not deserve it have received.