Who would have thought a better filing system would make life 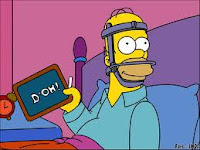 so much better? I’ve actually cleaned most of the stuff off of my desk simply because it was organized better. Life is so grand when you engage it well. Before this my desk had rather the pile on it – the direct result of which was I was not responding to people for a couple of weeks who made comments on Adam’s Ale.

Today I can actually dust my desk. Not that there is any dust on it – it was too covered with paperwork to be able to collect any. So I look back at some of the posts and the one that seem 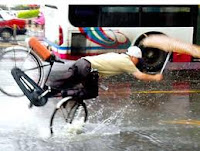 s to require the most immediate response is last Friday concerning indulgences. I whipped that one out and a few of you caught me on some inconsistencies. Good for you! You know your stuff! Would that all Catholics be that sharp.

There are a number of ways we can go about the forgiveness of sin but Lynne caught the first inconsistency. It was not enough for me to say that confession remains the normative and most efficacious. Except in some very rare and specific cases, mortal sins must be confessed by kind and number in the confessional. Period. (And I personally highly recommend the regular practice whether one is in mortal sin or not.) 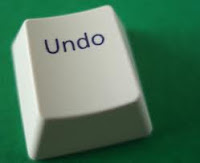 ess of sin but the temporal punishment due to sin. When it comes to a plenary indulgence confession is a necessary part of the process – but I clouded the issue. To get it absolutely straight let me quote from the Catechism of the Catholic Church 1471: “The doctrine and practice of indulgences in the Church are closely linked to the effects of the sacrament of Penance. An indulgence is a remission before God of the temporal punishment die to sins whose guilt has already been forgiven . . .”

I *love* indulgences! Some day I may get one. :-) Have a great weekend Father!

Wonderful clarifications. I needed this. I'm scouring my conscience and getting ready for a big confession this Thursday . . . and praying I can make it a normative thing once a month - really avail myself to the Sacrament more often. I am sure that I'll be in much less a ratty mood if I put God and His Church ever before me.

My son once tried to make a devotional confession - "father, I am not conscious of any mortal sins I just want the graces of the sacrament." Father was not happy, he suggested to my son that he was being scrupulous. Father had been ordained two years at the time - the seminary has improved a bit since then.