It is my day away and Fr. Pfeiffer is on vacation but it is terrible 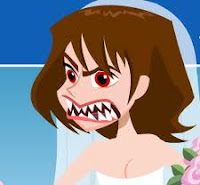 outside and so I’m not going anywhere and it appears nobody is coming here! FUN DAY!

Here is a short one for today since nobody will be at work to read today’s post I suspect.

This is Monsignor Manners tip number #35 for really enjoying your wedding reception if I might be so bold.

There was a time in this diocese that ordination receptions were a bit over the top. I had three dinner receptions – two of them with a band and all. It was not that I actually planned it that way – it just sort of happened and I am very grateful for it provided many great memories.

One of the receptions I actually planned. As I was starting the process Mother Valencheck took me aside and gave me this bit of information: Don’t throw a party for yourself, throw it for your family and

friends. Don’t make it about being THE perfect event for you, make it an enjoyable event for everyone else.

IMHO she was absolutely right. There was no need to freak out when everything was not going completely the way wanted it to in the set up or while it was taking place so it was easier just to enjoy the events as everyone else did in the way they wished, and then after we just talk about how great it was and not how the table arrangements were not exactly what they were intended to be.

(How many times have I heard about couples [brides mostly] not enjoying their wedding receptions or who were so stressed out that it was not a positive, memorable experience for them?!)

A couple of months later my sisters and I then threw Mom and Dad and 50th wedding anniversary party using Mom’s maxim. Now, there were things that needed managing (it’s time for the toast etc . . .) but that too we were able to enjoy turning the focus of the party to others. I dare say a good time was had by all. (I will admit there was stressful part when we found out that what we wanted to do was illegal [shock!] and so had to hurry at the last minute to change our plans. Who knew?)

So young couples I pass on Mother Valencheck’s advice to you: Throw a party for others and enjoy it. Don’t throw one for yourself. It’s not party to do that.
Posted by Fr. V at 6:32:00 AM

What great advice. Plus, if you are like me and prone to anxiety, you many not even remember it! :) I had a reception? You enjoyed it? I had a cake? At least I have pictures for proof.
Mine was special because it was a community affair. Everyone wanted to do something and they did.

This is superb advice. My husband and I were a little older (26) when we got married, and we actually felt the same way as your good mother. The reception was not as perfect as the bridal magazines would have had it (we used our parish gymnasium, we didn't have anything fancier than broasted chicken to eat, etc.), but we had a blast. I feel sorry for bridal couples who don't have fun at their own weddings/receptions.

Another piece of advice I received when I was planning the reception came from my Aunt Theresa. We were contemplating an open bar and were blown away by the cost (my fiance and I were paying for everything ourselves), and she told me that people would behave better if we kept the alcohol to beer and wine. Aunt Theresa was absolutely right - none of our guests were inebriated, just happy, and everyone was okay to drive when they wanted to leave. And it was much cheaper.

Also, as a frequent wedding reception attendee, may I suggest that those who plan these things monitor the volume of the band or DJ? Sometimes it is very difficult for the guests to have conversations with others, and it really isn't necessary to blast everyone with the volume to have a good time.

Happy snow day (and don't forget, Akron residents - there is a parking ban!)

The wedding "industry" (I use the term advisedly) has become "big business." They try to make you feel inadequate if you don't shoot for the moon and invite 300 guests.

Some (especially young) brides look forward to the wedding day as if it were their birthday and Christmas all rolled into one.

Mother Valencheck's advice flies directly in the face of such sentiments.

My daughter remembers nothing about her wedding reception; "it's all a blur mum!"

What did you want to do that was illegal? I have been thinking and can't come up with anything.