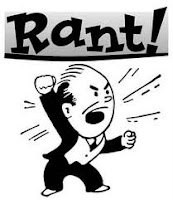 concerning a parish in the Diocese of Cleveland that began meeting on their own in a rented space when it was announced that their parish was closing. The three letters were placed under the heading “Defiant Parish or Devious Bishop?” The three letters were equally polar in their declarations. Of course each declared that Jesus was on their side.

All truth is almost never all on one side of any debate yet there is a tendency for this illusion to be touted as true and so in the end there can only be a winner and loser – nothing in between. Too bad.

Added to this debacle is the misinformation that is thrown around as fact. It says that the congregation stands against “great odds and threats . . .” Think about that for a moment. What could they p 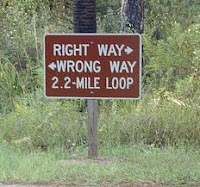 ossibly be threatened against? Can the bishop stop them in any way? Can he shut them down? Make them disperse? Take their money? Take their things? Control their minds so that it is impossible for them to pray? No. The fact is they can do exactly as they please. The only piece they cannot control is if they can carry the “Catholic” label on the tag in the back of their shirts.

The priest that is spear heading this movement is portrayed by the same writer as, “far more an example of what Christ is like than the bishop will ever be.” This is in reference to the priest starting his own church in order to minister to his people. It would be a fun exercise to see how this could be shown through Scripture and/or Tradition. You might be able to pull some select things out of context but the great themes in Scripture and Tradition are always about unity – particularly unity with one’s bishop and Church that was established by Jesus Christ. It is possible to deny this and most Christian denominations do, but then you stop playing on the Cath

olic playing field. At that point the bishop no longer is excommunicating anybody – he is simply recognizing that which already exists. There is a group of people who would rather not be connected to the local Catholic bishop. If you are not – you are not Catholic no matter what you want to believe.

Would Jesus be excited about what is happening the Diocese of Cleveland? Who knows? It is impossible to read the Divine Person’s mind. But I think I would be safe in saying this: Will anybody be kept from the sacraments by this decision of closing? I bel 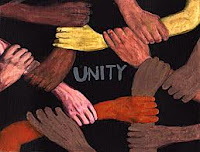 ieve Jesus would say sacrifice all to stay close to the sacraments, to the universal Church, to the core of the faith.

The same could be said of your life. If it is choice between life and sacrificing your faith the only true path is the choice of the martyrs. It may be terrible – but we do not look for justice in this world but in the next.
Posted by Fr. V at 8:06:00 AM

we are not promoting relativity here, are we?

It is too bad that so many people have lost sight of what it means to be Catholic. Unfortunately that includes some of the clergy in this diocese. It is my hope and prayer that the light of truth and love will show these dissidents and their supporters the way back to their faith.
(And I am glad that your drawing of the toilet tissue rolls is "correct". ROFL)