WELL, THAT WAS WIERD

It wasn’t a nightmare, but just the same it was a disturbing dream last night and its been difficult to shake.

The place of the dream was my sister’s house, the cast of characters was her cat and me.  I was working on some kind of project when it the thought came that what might solve the problem is a cat’s paw.  So I reached over to the cat, and remember, this was a dream, snapped off it’s front, right paw.  Being a dream, there was no blood, no mess, the cat didn’t even seem to mind that much.

Almost immediately it became clear that the problem with the project was not going to be solved by a cat’s paw.  It seemed so obvious that it would before hand but having done the deed, the futility of it became apparent. 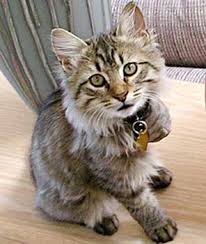 Then the reality of what I had done became clear.  My sister would be home soon and she would see the cat.  There was no way to re-attach the leg even in such a wacky dream.  The cat seemed to be doing well on it’s three remaining legs and I knew that many four legged animals had lived happy lives on just three legs.  But none of the would help when my sister came home.  This was a gross act of selfishness and her disappointment was already palpable in my imagination.

The cat problem couldn’t be solved or covered up.  There was only one course of action.  I would have to confess to my selfishness.  But the thought of doing so was unbearable - that I had done something so horrible to my sister who does so much for me.  I was ashamed and desperate to find a way out but it seemed so hopeless.  I would have to face her.

Then the happy thought came that I could simply wake up.  What a relief!  And then I did much to my great joy. 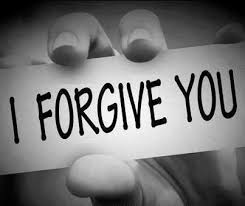 It bothered me for some time after: Why would I have this dream in the first place?  The thing that clicked in my mind is that this is what facing our sins before God is like.  If we sinned and then were to see God as He is, He Who is Love, Life, Compassion, Mercy and Joy, the weight of our own sins would crush us.  They would be too much to bear.  Thanks be to God that He gave us the wonderful sacrament of confession to rid us of these terrible weights.  When we realize the gravity of our sins, we have a way to wake from them - shake them off with the morning dreams, and start anew.
Posted by Fr. V at 5:55:00 AM