TUESDAY QUOTE OF THE WEEK CCCLXV

FINDING TRUTH WHEREVER IT MAY BE FOUND:  "If Churches came to understand that the greatest threat to faith today is not hedonism but distraction, perhaps they might begin to appear anew to a frazzled digital generation.  Christian leaders seem to think that they need more distraction to counter the distraction  Their services have degenerated into emotional spasms, there spaces drowned with light and noise and locked shut through the day, when their darkness and silence might actually draw those whose minds and souls have grown web-weary.  But the mysticism of Catholic mediation - of the Rosary, of Benediction, or simple contemplative prayer - is a tradition in search of rediscovery.  The monasteries - open up to more lay visitors - could try to answer to the same needs that the booming yoga movement has increasingly met."  from Andrew Sullivan's article, "I Used to Be a Human Being" in New York Magazine.  Thanks to M. W.

This is being posted a day early because tomorrow morning is Fr. Leonard's brother's funeral: 10:00AM at St. Vincent Parish, Akron.

Congratulation to the eight men who were ordained transitional deacons in the Diocese of Cleveland this past Saturday!  God bless you! 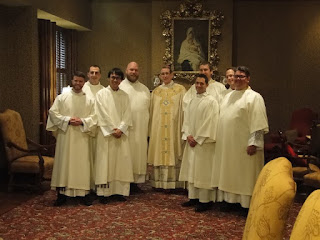 How many seminarians are there in the diocese of Cleveland?  Here are those studying in the minor (college) seminary of Borromeo. 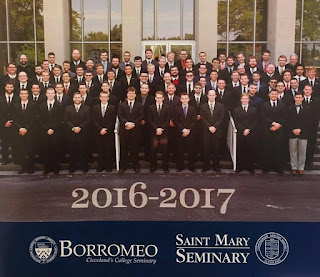 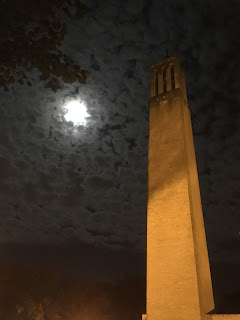 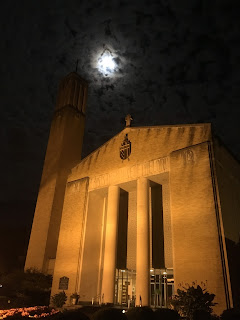 This seems to be getting the thumbs up. 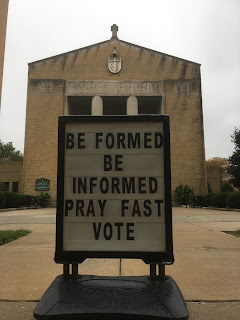 I am very happy to announce that the next Theology on Tap Akron will be sponsored in part by St. Hilary Parish in Fairlawn.  Dan Samide is doing his internship there.  See you at the Thirsty Dog! 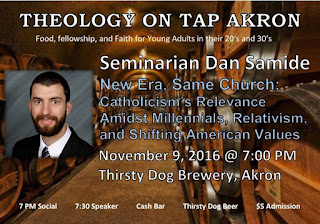 A St. Sebastian parishioner, Mark Cook, is doing magic for the Marian Missionaries.  Here is one of his videos!
Posted by Fr. V at 2:06:00 PM