“Your pro-life bumpersticker has made me change my culture of death ways.” 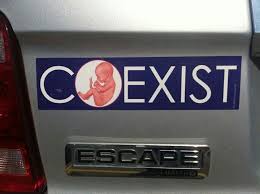 So really, what is the point of taking the beautiful paint job on your car and plastering a sticker on it that in a few years will fade, wrinkle, and, if you try to remove it, will fight like the devil to remain and cause you hours of careful cleaning?

Because they may still do some good.  It may not convert or convince those not with you on any given topic, but it might bolster the weak and the wavering.  I thought of that today pulling up behind a car with a pro-life bumper sticker.  It gave me a sense of peace.  If someone is feeling like a small voice, an isolated island, they may not speak out in fear of the tsunami of vitriol that might overwhelm them if they take the chance. 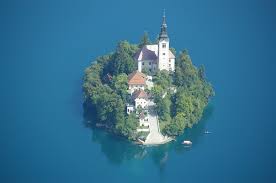 But what if they thought they were part of a larger community?  What if they started tentatively reaching out, testing to water, finding out that people close and important to them might share their views.  Upon finding them, might they take a chance one day of speaking out at a gathering of friends.  Maybe at that gathering of friends, a shy person might quietly listen but after touch that person’s elbow and ask, “Can I speak to you for minute?  I feel that way too but I am way too shy to say anything like you did.”

Perhaps one day there would be enough open support out there that a person does not have to be shy about saying, “I’m pro-life.”  That it would not a politically or patriotically incorrect thing to say or be.  And it doesn't have to be just the pro-life message, but anything near and dear to our hearts.  And maybe our culture would start swinging back to sanity.
Posted by Fr. V at 1:05:00 PM

Email ThisBlogThis!Share to TwitterShare to FacebookShare to Pinterest
Labels: pro-life, Proclaiming the Word


" . . . the pro-life movement is in the midst of a transition. But it’s not just in the sense that it’s getting younger. It’s also attracting the non-religious. . . ."