TUESDAY QUOTE OF THE WEEK CCCXXXIX 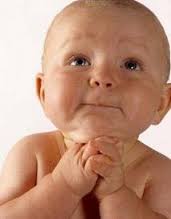 FINDING TRUTH WHEREVER IT MAY BE FOUND:  "The most unfathomable schools and sages have never attained to the gravity which dwells in the eyes of a baby of three months old.  It is the gravity of astonishments at the universe, and astonishment at the universe is not mysticism, but a transcendent common-sense.  The fascination of children lies in this: that with each of them all things are remade, and the universe is put again upon its trial.  As we walk the streets and see below us those delightful bulbous heads, three times too big for the body, which mark these human mushrooms, we ought always primarily to remember that within every one of these heads there is a new universe, as new as it was on the seventh day of creation  In each of those orbs there is a new system of stars, new grass, new cities, a new sea."  from G. K. Chesterton's "Baby Worship" 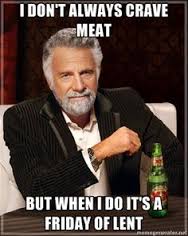 The following is a 50 minute video on how to be a Catholic/Christian leader.

I met a very grave 8 month old a few weeks ago. The family has enough kids that they swarm and Clare is the first girl. Her mom said they're naughty but I reminded her that without their naughtiness the sweet moments wouldn't be as memorable.