GOD, JUST SO YOU KNOW THAT I KNOW: THIS WORLD HAS PROBLEMS 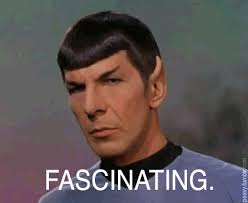 Here is something that I love about Scripture.  You can study it, pray it, go to lectures on it over and over and over, and STILL somebody can point out something that you never saw before.  The passages are compact but the are powerhouses of meaning for the attentive and persistent.

So I had one of those moments with a passage that I thought I knew cold this last Tuesday and one of my priestly friends pointed out something I had never noticed.  Here is the passage from Matthew 8:5-10.

When he entered Capernaum,* a centurion approached him and appealed to him, saying, “Lord, my servant is lying at home paralyzed, suffering dreadfully.” 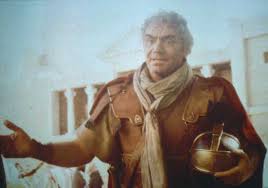 The centurion said in reply,* “Lord, I am not worthy to have you enter under my roof; only say the word and my servant will be healed. For I too am a person subject to authority, with soldiers subject to me. And I say to one, ‘Go,’ and he goes; and to another, ‘Come here,’ and he comes; and to my slave, ‘Do this,’ and he does it.”

When Jesus heard this, he was amazed and said to those following him, “Amen, I say to you, in no one in Israel* have I found such faith.

Here is the New to Me thing:  Notice (what is essentially) the prayer (ore request) of the centurion.  He presents the problem to Jesus:  “My servant is paralyzed, suffering greatly.”  He doesn’t say anything else.  Jesus is the One Who seems to gather Himself up to go do what seems to be expected of Him.  It is like someone coming to the rectory and saying, “My (insert relationship here) is sick.,” to which I would reply, “Hold on, let me get my oils and I’ll be with you.” 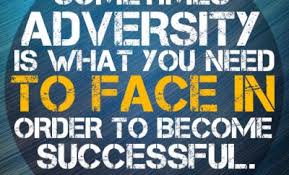 I have written before about the dangers of using the word “that” in the petitions at Mass.  As soon as you put the word “that” in, God must jump through a hoop.  For example, “We pray for our political leaders THAT they may lead us in security and peace.”  What if the best thing in the world to happen is that they get thrown out by the collar of their Armani suits and replaced with better leaders?  Did God then not listen to our prayers?  Can we say that God isn’t acting among us?  While we were busy watching the hoop we expected Him to jump through, He may have been working miracles. 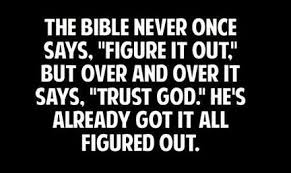 May I suggest the centurion’s prayer for your petition prayer.  Present the need or worry to God and let Him work is magic - er - miracle (you know what I mean.)  Don’t create a hoop through which He must jump.  Be open to surprise.  Maybe what you think needs to change doesn’t or doesn’t in the fashion you think that it should.  Maybe it is you that needs changed.  Who knows?

So present the problem to the Lord.  Let Him deal with it.  He’s the expert after all.  That’s why He’s God.  It’s His job.  Perhaps just further ask for the wisdom and understanding to realize the outcome of the prayer.
Posted by Fr. V at 7:39:00 AM

"They have no wine," said the Mother of Jesus to Him at the wedding in Cana. She didn't make a recommendation. She didn't know what He'd do. She told the servants to do "WHATEVER He tells you to do." (emphasis mine)

Thank you Father, you are correct. Golly, this makes my prayer life a great deal
easier. Now all I have to do is to tell Jesus my problems and thank Him for handling
them. Gone are the day when I need to advise Jesus on how to fix my problems.

Thanks for sharing this, as it's a good reminder, and I'll mention it this week at a retreat I'm preaching. As the saints have argued in word and action, "God knows what we really need, much better than even we do."

I write the intercessions in rotation for my parish, I just sent them off in fact. Cardinal rule for us all. No "that"s! As in...

Anon, thank you for beginning the intercessions with "for." Where I am, we frequently hear "we pray for X, we pray to the Lord." The repetition is annoying.