WHAT IS THE POINT OF THE "GAME"? 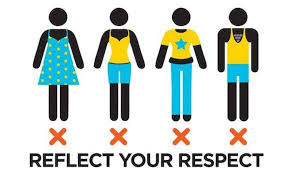 When your parents told you, “You are not wearing THAT to (Mass, school, the party, court,) it wasn’t that they were trying to stifle your creativity or diminish your being, it was because they understood that our presence among other human beings is not all about you.  How you dress also says something about what you think about other people.

So you go to a job interview.  I WILL GRANT YOU that the possible future boss should only see the interviewee for his talents and capabilities.  That, in a perfect world, if he came to the interview for a sales position in ratty sneakers, a concert T-shirt, and mussed hair it shouldn’t matter.  It is the person who matters.

But it does.  And the message cuts both ways.  In a perfect world, we would also all respect each other.

The message the person in this scenario is putting forth is “You and your job are really not all that important to me.  I may not be all that reliable and I may not respect you all that much.”  It is for similar reasons that a suspected murderer on trial is dressed up in the most conventional of clothing - a dress shirt, tie, and dress shoes.  It (attempts) to scream, “I respect these proceedings, I respect the judge and jury, I am taking this seriously, and see how respectable I look.”

It isn’t all about the person wearing the clothes, it is also about what that person is saying  about the people around him or her. 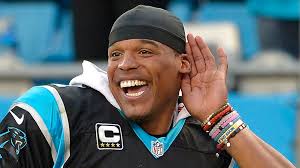 “Show me a good loser and I’ll show you a loser.”  Well, there is an obvious truth to his statement.  But show me a sore loser and I’ll show you someone who should be sent to bed without his supper.  Men have lost WARS AND NATIONS with more dignity than Mr. Newton.  This was a football game.  If we lose the idea that these men are there for than to play a game, if we give up on the idea that they are also there to set an example, to show us why we should be promoting sports in our schools and among our youth, if we throwout with increasingly greater ease the ideals of sportsmanship, gentlemanliness, honor, dignity, and care about “the other,” then stop the game.  It has gone on too long and we have forgotten why we started “playing” in the first place.  It isn’t all about the football players.  It is about those for whom they play too.

Compare that to this letter from the St. Ambrose basketball coach that describes an incident that happened with our seventh grade boy’s basketball team. 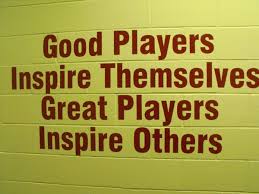 To the Players, Parents, Parish, and community of St. Sebastian,

Yesterday the St. Ambrose boys basketball team played your young men in a hard fought and well contested game. During the contest, one of St. Ambrose's players fell to the ground. ALL FIVE of your players walked to the aid of my player to help him up. Your young men lived the prayers recited before and after each game. By their example they taught my team and the entire gym how to "teach our faith to others by our actions".

These young men deserve to be commended for their strength and courage to "finish the race". Playing with only five players due to injury and illness, they competed to the very end. They played fair and strong through all four quarters. Again your team lived our prayer by "playing fair" and taking on the "challenge" of this game. 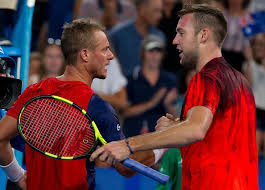 To your players and Coach, I want to thank you for teaching myself, my team, and my community the lessons we repeat before and after each game. With strong, courageous, and faithful young men on your team, I am positive the future is bright at St. Sebastian. Please thank your team, your parents, and your community for teaching our Catholic faith to these young men. You are all doing a great job as evidenced by them.

Compare that to one of Mr. Newton’s comments excusing his behavior: “If I offended anybody that’s cool, but I know who I am and I’m not abut to conform nor bend for anybody’s expectations because yours or anybody’s expectations would never exceed mine.”  That would be disappointingly unacceptable even for a 7th grade boy.
Posted by Fr. V at 7:48:00 AM

Your 7th grade boys basketball team is awesome and they have taught many teams this season what it means to be a good Catholic. This will take them much farther in life than any basketball skill will. My son's team played against them twice this year. It was the first time I saw a team that I could nominate for the CYO Sportsmanship award and I did just that. My husband spoke with your coach after the game and let him know how very impressed we were with their behavior and attitude. They lost and could have been frustrated and angry but they were not. They kept their head up and they went out of their way to help our players up every time one of them fell. Keep up the great work, Michele

Yes - I would only add to your post that the great part of how childish and churlish Mr. Newton acted is that it offers him a great chance for redemption and growth.

It's on Cam to grow from this. One wonders if he can properly reach his potential both as a player and a person if he doesn't learn from this.

I remember LeBron going through a lot of these same things when he was here the first time. He seems to have grown and learned quite a bit about what his responsibilities are as an athlete, an idol to kids, and a player representing a team and city (and a kajillionaire).

As an aside, I often wonder with my particular idiosyncrasies and faults, what kind of monster I would have been at age 25 if the world continually told me how great I was and then handed me nine figures in cash.