ONE SURE SIGN OF HEAVEN: THERE WON'T BE ANY STUFF 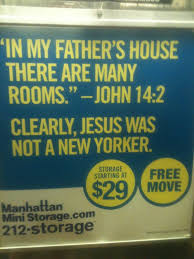 I open up a drawer and think, “Gads.  I’ve not gone through this drawer in months.  I should probably get rid of half of this stuff.”

I open up a closet and think, “What am I doing with some of the stuff?  I haven’t touched it in forever.”

So one of my lenten resolves was this: To give something away every day for lent.

Here is the problem: It turns out that I am having a blast doing it.  In fact, I am about a week ahead of schedule.


The last time I had to do this was when my parents died.  My sisters and I did not know what to do with all of their stuff.  (There was a lot of just plain STUFF.)  So we got a little creative.  I took a bunch of plates to a friend’s house who had a matching set and slowly started adding plates and other pieces they did not formerly own to their cupboards. 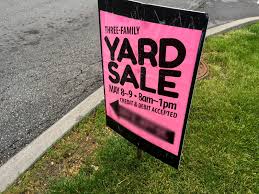 It’s fun to go to yard sales and leave things.

It’s amazing how much stuff you can get rid of by putting nicknacks on display shelves in restaurants.

We put a bowling ball in the trunk of their neighbor’s car.  That might have been a mistake.

We put a pair of cowboy boots in a cousin’s car.  They took them out and left them on the devil strip (tree lawn) and it attracted the entire neighborhood to come stand around the boots trying to figure out from where they came and if the owners would return to pick them up.  (No.) 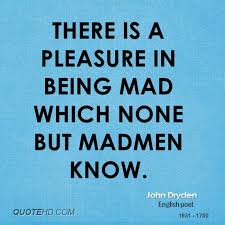 But that’s not what I am doing for lent.  Goodwill, family, and friends are just occasionally receiving gifts of things (I think) that actually want and like.  I was NOT looking forward to doing it but now every day I look around wondering what who and what will be the next victim of my lenten resolve to declutter my life.

Email ThisBlogThis!Share to TwitterShare to FacebookShare to Pinterest
Labels: lent

This sounds like a great idea. I wish you would have mentioned it before lent. I might just have to start this today. Thank you for the idea.

There better not be any odd additions to my room when I get back! I have enough stuff of my own to get rid of.

Throughout the years, I have both done a good deed AND unloaded some of my junk (also known as "collectibles" now) by donating it to the annual WVIZ PBS auction. It's beyond comprehension what some people will bid/pay for "vintage nostalgia" of all sorts.

This year I plan to unload my political campaign pins, Project Mercury astronaut autographs, and my Howdy Doody and Clarabell the Clown stuffed dolls. Goodbye, all! Happy trails!