TUESDAY QUOTE OF THE WEEK CCCXXXV

FINDING TRUTH WHEREVER IT MAY BE FOUND:  "An adventure is only an inconvenience rightly considered."  G. K. Chesterton 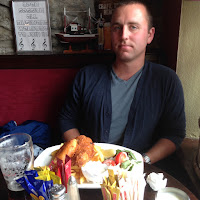 QUOTE II:  "An inconvenience is only an adventure wrongly considered."  same source

David Stavarz, a seminarian that many a Sebastianite would recognize as he has spent some quality time around the parish (though he is from the venerable parish of St. Francis de Sales,) wrote a great article for the Word on Fire blog.  Read it HERE.  I beehive the picture of him at the bottom of the article is from the bell tower at St. Sebastian.  Good work kid!


I would like to take this opportunity to introduce you to the newest member of our priestly community.  Below you will see a picture of Monsignor - not the enamored guy you see who has obviously fallen deeply in love but the black lab puppy in his lap.  Congratulations parish of St. Joseph! 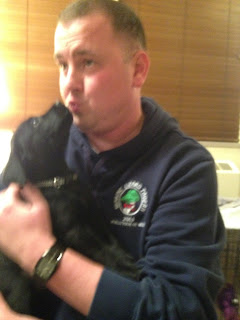 Sharon sent this in - how to make a clarinet out of a carrot.  Cool, but I don't see me letting our school children do this.

Then there is this: the Super Bowl 50 Baby's choir.  I watched the Super Bowl with a bunch of priests so when the commercials come on we rate them not only for enjoyment level but to Catholic standards such as "Wow, that was pro-life" exemplified in the Doritos ultrasound commercial.  I had mixed feelings about this commercial however.  On the one had, yeah, we're celebrating the birth of all of these babies that were conceived during - well - a celebration.  But having kids singing about their parents . . . celebrating . . . is that just a TAD creepy?  Or am I just jealous because there has never been, nor does it seem there ever will be a Cleveland Super Bowl Baby?
Posted by Fr. V at 10:22:00 AM

Well . . . The Super Bowl Babies all acknowledge that they have moms and dads who loved each other and loved their children into existence. That's a great message for our young people to hear.