P T A IN PEACE

“So do you really think that the government is going to force you to do gay marriages?” he asked out of the blue.  The guy is always provocative, (Did you know that the disciples were Communists?) and the conversation, to say the least, interesting. 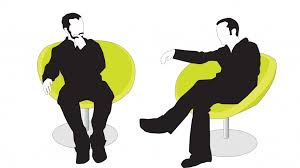 “It really doesn’t matter because we won’t.”

“But do you really think they’ll try?”

“I don’t know.  We’ll have to wait and see.”  My bigger concern at the moment is other fall out.  I envision a line of lawsuits more aimed at human resource issues or other pressure concerning what is preached at Catholic and likeminded Churches and institutions.
“I believe in marriage equality.”


“But that only works if you change the very definition and purpose of marriage as it has been understood for thousands of years.”
“Gay people have always been accepted in most cultures.”  The exact nature of this statement is debatable.  The most prominent of examples were almost always connected to marriage between a man and woman such as in Roman times.  But that is not the point.  It is easy to get sidetracked.  The discussion was not about any person and whether that person is worthy of dignity and respect, but a debate about the definition of marriage.

“That may be, but we are talking about same sex marriage which was not.”
“You do know that marriage is just a man made construct?”  Another curve ball and debatable if one is willing to engage.

“If we throw out the Bible and natural law you might be able to make that statement.”

“I don’t get my definitions from a book.”

“Okay.”  If you cannot bring in Western culture, natural law, or the Bible, then he is absolutely correct: Law is whatever those with power say it is and there is nothing left to be said.
There is a break in the conversation.  Then he adds, “I’m going to (some place) next week.  My daughter is getting married to another woman.”
That last comment is important.  It has absolutely nothing to do with above debate about the definition of marriage.  But it lets you know how intimate a topic this is for the person.  This is why it is essential that the conversation never become too heated, too personal.  The conversation would not have lasted longer than a sentence and you would have been marked as an angry bitter person and written off.

I'm fully convinced that this question of gay marriage is fortunately or unfortunately settled and unlikely as a policy to go return to where it was previously.

I don't know what this means in terms of the future of this issue. It's a terribly convoluted one that goes far beyond the issue of same sex attraction. Marriage as an institution condoned by the state was always a issue of national health. A healthy marriage provided for a healthy family structure. That in turn provided a healthy environment to conceive and raise children who could grow up and strengthen the next generation in the country.

That to me seems like the much bigger problem. What on earth has happened to marriage itself that it's recognition by the state is essentially the equivalent of a building permit?

There's so many things that have gone wrong that got us to this point too. I imagine a situation where regardless of same or opposite sex attraction two people live together as brothers. Or heck- as religious community- if we really want to muck up the issue. Those two people, who share expenses and much of life, and are as close as I am to my sister, are denied end of life and financial decisions that in the case of incapacitation could prove financial ruin to both.

If marriage is just some cohabitational building permit, of course people are going to fight to get that right. And that is totally ignoring the sexual aspect of it.

In reality, what's happened is that we've lost the idea of what marriage is, or is supposed to be. I don't really know where we go from here. I know we won't get anywhere by climbing to the rooftops and screaming how terrible gay marriage is. Maybe a million loving conversations about how awesome marriage is and how important strong marriages and families are to the neighborhood and Society where they are fostered will get us closer to where we need to be.

That is to say - Given that right now we're in a universe of rubber stamped paper thin marriages between straight people and gay people, I think it's a discussion worth having whether or not we should focus on the sexual orientation part when the marriage strength part is so weak.