FRIDAY POTPOURRI - THE FORCE BE WITH YOU 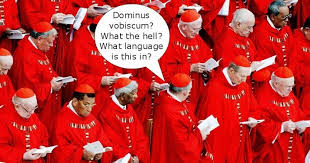 “The Lord be with you,” is one of the greetings of the Mass that may be used.  With it, the priest signifies the presence of the Lord to those assembled, signifying the priest’s prayer that they be moved by Him.
Then we respond, “And with your spirit.”  When that line changed a few years back it was met with emotions all over the board.  It is times like this that it is good to have the history of the Mass in your hip pocket.  This was not so much a change but a realignment to what has been said throughout history (recorded as early as the 200s in the liturgy) and in the rest of the non-English speaking world through to this day.  The meaning seems quite different. 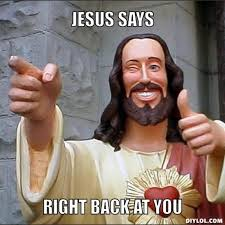 You are not addressing the priest as the guy who just said hello to you as in, “Right back at you guy.”  “Your spirit” means the ministering spirit of the priest that he received at his ordination and in whom you are placing your desire to help facilitate the offering at this Mass.  The USCCB websiteputs it this way:

In their response, the people assure the priest of the same divine assistance of God’s spirit and, more specifically, help for the priest to use the charismatic gifts given to him in ordination and in so doing to fulfill his prophetic function in the Church.
In this way it becomes a very solemn greeting – deep with meaning, mystery, and history.
And it is called “The Greeting” which is why we are not supposed to, after this solemn greeting, then relax, wave, and saying, “Hiya everyone.”  It’s like saying, “Hello,” and then, “I can’t hear you – I said HELLO!”
Following this is an optional practice that I only use in a blue moon.  The word “may” is used.  There is not one word in the rubrics (instructions for the Mass) that is not carefully chosen.  When the word “may” is used, it does mean that it is an option.
. . . the Priest, or the Deacon, or a lay minister may very briefly introduce the faithful to the Mass of the day.
Examining the words very closely, it does not just say “briefly” but “very briefly.”  I think you would be hard pressed to justify adding much more than, “Today is the feast of . . .” or “Today we will be celebrating First Communion . . .” or some such thing. 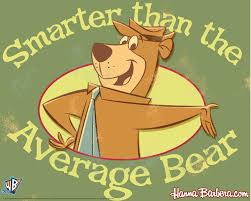 We end paragraph 50 here and all we have done so far is greet each other.  And further, we have just scratched the surface of what could really be said.  But already you know much more than your average bear.
Posted by Fr. V at 6:41:00 AM