FRIDAY POTPOURRI: WE ARE ONE BODY - ONE BODY IN CHRIST AND WE DO NOT STAND ALONE

There was an interesting show on NPR about a year or two ago talking about the Protestant Church movement and the decline of the mainline Churches.  They cited the uptick in startup Churches and were unable to give a convincing argument as to why people should return to the mainline Churches.  A man called in and said that he and his friends were no longer enthralled with their traditional Protestant Church and so they started meeting on the weekends at their houses.  There they sang, read the Bible, talked about what they read, and praised God.  Their authority for doing this was the Holy Spirit (who always seems to give people the authority to do what they want.)  The person being interviewed simply said, “You are doing what the Protestant movement calls us to do.  I can’t argue with you.  Do well and praise God.” 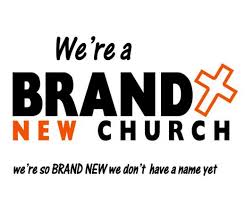 This is another example of the great divide between the Catholic and Protestant universal view.  This type of thinking is not compatible with Catholic ecclesiology.  If someone were to say, “I’ve started my own Church, declared myself a priest, and now celebrate Mass with my own community under the authority of the Holy Spirit,” we would not be so resigned to say, “Well, I guess you’ve got a Church going.  That’s what God wants.”

In addition to being called into unity (in belief, practice, authority, and worship,) we believe Jesus still sanctifies and teaches on earth.  Not in some mysterious way that only affects us from some past event, but does so actively today through the Holy Spirit and in the persons of His bishops who act in persona Christi as leaders in the One, Holy, Catholic, and Apostolic Church, which He founded. 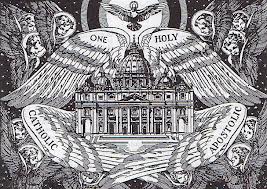 The local Church is headed up by a bishop.  For example, the Diocese of Cleveland is headed up by Bishop Lennon.  He is the source of our unity and he is to (to the best of his ability) lead us with fatherly care and concern.  We are his primary focus though as bishop, his care must extend to the whole of the Church and so he works in cooperation with his fellow bishops to bring about unity and peace in the Church and in the world, particularly among the poor, the suffering, and those who are undergoing persecution for justice sake.
Another example would be the pastor of a parish.  My primary duty and prayers go to the people of St. Sebastian and I don’t step on the toes of other parishes who are under the leadership of other pastors.  But I do extend my prayers to those parishes and my cooperation with those other pastors to make the Catholic presence in this city stronger and healthier.
This is part of the power of our unity.
(Just a reminder that we are skimming over these paragraphs.  To read them in their entirety they are easily found on the Vatican website.  Happy Year of Faith!)
Posted by Fr. V at 7:22:00 AM

You are being sent into Hell forever ... outside of the God’s Catholic Church.

The Catholic Faith *is not* Bible interpretation ... it is the Catholic infallible Sources of Dogma (which has been ruthlessly hidden from you, and which you must know). The Catholic Church didn’t even define the Bible’s New Testament Canon until 397 A.D. at the Council of Carthage.

The founding documents of the vatican-2 heretic cult … the “vatican-2 council” documents … have well over 200 heresies *against* prior defined Dogma.

… we were all placed, body and soul, outside of Christianity (the Catholic Church) on 8 December 1965 … the close date of the “council”.

Section 13.2 > Catholic Dogma on automatic excommunication for heresy or participating in a heretic cult such as ... vatican-2, lutheran, methodist, evangelical, etc.

Section 19.1 > Dogma on Abjuration for *re-entering* Christianity (the Catholic Church) … after being automatically excommunicated. A Formal Abjuration is also provided here.

Section 10.2 > Returning to a state of grace, in places and times when Confession is not available, like now.

Mike
Our Lady of Conquest
Pray for us