FRIDAY POTPOURRI: EVERYBODY IS A LITTLE INFALLIBLE I STATE INFALLIBLY 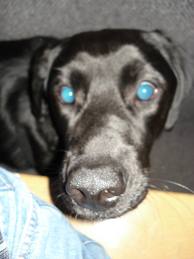 Walking in the park with Sebastian a conversation took place with a man from another faith also walking his dog.  We spoke about how, if they do not like their pastor, they can fire him and then the community can hire someone more to their liking and taste.  “The Catholic Church is not anything like that,” I replied.
“I know,” he said with some disapproval. 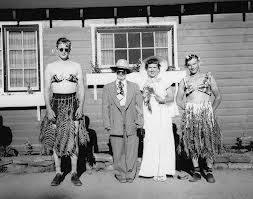 “The Catholic Church is less like a business that hires and fires its managers at the local branch when it sees fit and more like a family.  There is the popular cousin that everybody likes and wants to be around and the strange uncle that you put with because he is your uncle.  You can’t fire him out of the family.  And thus is the local parish too.  ‘Father’ is your spiritual father and you kind of learn to live with him like you learn to live with any member of your family.”
It is not much different with the local bishop.  In union with his fellow bishops and with successor of Peter, Vicar of Christ, he is charged with the care of his local family, the Church.  Like any parent he is less served and more servant.  Parents look as though they are in charge but they are really servants.  The provide a place to live, prepare food, make available clothing, teach and provide education, entertainment, protection, clean diapers, clothes, and rooms, chauffer, and any number of other services that are usually given to domestic help when means allow.  Just so is a bishop called to service to his family.

As the local shepherd of the flock, we owe him some deference as a child owes it his parents.  And when it comes to faith and morals, we owe him obedience (unless, of course, he is morally and faithfully bankrupted.  He can’t order you to kill an abortionist for example.)  As an individual person a bishop is open to making errors.  Like any parent, he is not perfect and his office does not keep him from making mistakes.  However, when he acts in concert with the entire body of bishops and in union with the Supreme Pontiff, it is possible for him to speak infallibly as a body when it comes to faith and morals. 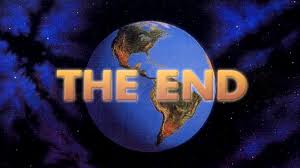 And there is that sticky infallibility again!  Nobody likes that idea much.  But it is not unheard of.  Even many of our Protestant brothers and sisters will claim that such figures as Joseph son of Jacob had the gift of infallibly interpreting dreams.  Even the man standing across the street from St. Sebastian last weekend and declared that we were all going to h-e-double tooth picks considered himself speaking infallibly as do many Protestant ministers.  “No!” one might declare, “the Bible absolutely teaches this!”  Then one goes down the street and meets another minister who says, “No!  It absolutely teaches this!”  Both speak with absolute authority (infallibility.)  They attribute their infallibility not to themselves but to the Holy Spirit.  Well, so do we.  We are just a little bit more honest about it.  And we have a larger sample, history, and Tradition to back it up.
And unlike some of our Protestant brothers and sisters, we cannot add any new revelation to deposit of Catholic belief.  All revelation ended with the death of the last apostle.  Thus one of the litmus tests to see of locutions or visitations from saints are true are not is if they are sticking to what has already been revealed.  For example, if a vision from the Blessed Virgin says something like, “Pray, pray, pray!”  Well, Okay.  We are still on message.  If she says, “The end is near.  Build a shack in the woods, buy food and ammunition because on August 15th the world is ending,” then we know it is not of God.  So when a minister in a Church says that the know the end date of the world or other such things, though they seem to speak infallibly, we know that they are not.  And as Catholics, if a bishop or pope should speak thusly, we know would have stepped out of their authority.
Posted by Fr. V at 7:37:00 AM

I love this blog..and many of those in the sidescroll list.Thank you for the repeated clarification of so many a church doctrine/thought/teaching that is so misunderstood by many.I went through catholic school and did not learn until I was 18 in a random conversation why the church taught she was infallible.I had no idea of apostolic succession.That was a major turning point in my re-invigoration (cant call it a "reversion" as I was a convert and never "left" per se..) but I am always so glad to see clergy clarifying things charitably and concisely.