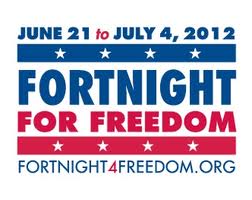 It is too early (Thursday morning) to have anything too intelligent to say on the HHS mandate ruling.  The full understanding is not yet known and conflicting reports keep coming in.  The exact nature of the ruling and the future for Catholics (and, in reality, the future of all people of faith) is not yet known and we wait with our collect breath held.

In any event, there is no cause for despair.  There is only room for hope.  If there is one thing we learn from Scriptures is that good things are about to happen when the worst is happening.  It is when all earthly hope seems lost that God finally steps in.  It must be that way otherwise we would always assume that this is the natural order of things.  But God steps in when time runs out, when usefulness is past, when all is lost, when the end seems to have come.  It is only then we can say as the Psalmist proclaimed, “If God had not been on our side . . .” 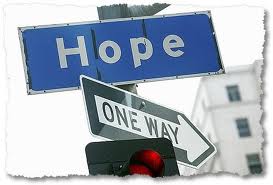 If it should turn out that this latest ruling is in conflict with our faith, that government mandates directly interfere with our relationship with God, have we not repeatedly seen even to this day that this is precisely when the Church unifies, rises up, becomes strong, and saint and martyrs are made?  Should this be the case there is only room for hope and sanctity which may require sacrifice.  It is a time to be thankful that we live in a time when we not only give God lip service, but have the opportunity to serve Him in a dramatic way.  Remember the reading of this morning, “Not everyone who cries out to me, ‘Lord, Lord,’ will enter the kingdom of Heaven but only those who do the will of my Father.” 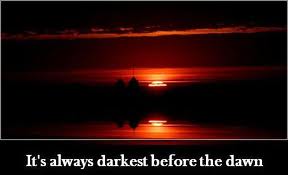 Conversely, if people of faith do not have their religious freedom violated, we may be in a more difficult situation.  We may relax and think all is well.  It is not and it would be dangerous to think we may take a collective sigh and not worry and pray any longer.  The Supreme Knight of the Knights of Columbus said recently that “We can see clearly . . . an attempt to redefine religion in American society.”  At every turn there is pressure to minimize religion in society, to narrow the definition of a religious institution, to narrow what it means to be a minister, to narrow religious freedom to freedom of worship.  There have been many attempts to narrow the rights of churches such as when it pitted the Equal Employment Opportunity Commission against the Lutheran Church.  The Catholic Church has had Government reduce, fully defund, and/or no longer make referrals to Catholic adoption centers and human trafficking ministries because of our religious nature even though we have repeatedly had far better (and less expensive) success rates.  Because of this we cannot afford to be satiated in a victory.

I believe that today's Supreme Court ruling is on the entire Health Care Affordability Act, not metely the HHS mandate for contraception coverage. Thank God it was upheld. We need affordable health care and insurance desperately in this country. However, the HHS mandate may not survive, but that decision is at least a year away, as the case isn't before the Court yet. I'm not opposed to the mandate, as far as it applies to secular institutions and businesses, although I do think religous institutions should have been made entirely exempt from it

The Blessed Mother spoke, "They have no wine," when it was all gone.

That is when Jesus was moved to act.

These are the words I needed to hear right now, Father. I felt kind of choked and gray all day today. Now, I can exhale (with a few tears). By the time I hit your third paragraph, I felt hope rising and it just got better from there. :) The Holy Spirit is never idle! Thanks be to God!!