EXTRA! EXTRA! READ ALL ABOUT IT

After a particularly intense week of roasting the Catholic Church I woke on Sunday morning to see a front page article on the Diocese of Cleavland's new religious curriculum for high school students.  (?)  It seemed so bizarre.  Then I saw this article (which had to be greatly edited for print here) that might help explain it a little bit.  This seemed important enough to skip Monday Diary and so the special edition of Adam's Ale:

DISSOCIATED PRESS:  CLEVELAND:  Sunday morning the people of northeast Ohio awoke to the shocking revelation that the Catholic Church may have done something right.  A front page, above the fold article in the Cleveland Plain Dealer revealed the disturbing details.  The diocese, under the leadership of their bishop Richard Lennon is implementing a new high school religious curriculum that better reflect the Church’s teaching that is to be used in all high schools throughout the diocese.

Reaction throughout the embattled diocese was swift and pointed.  Percy Perfidious of Fallen Away Catholics Together (FACT) were among the first to make a public statement.  “In the whole article there was not one mention of priestly abuse or church closings.  This was a slap in the face of FACT members everywhere and we will not take it laying down.”  Nor on the golf course apparently.  FACT leadership is encouraging all its members to give up golf on Corpus Christi weekend and protest the affront to their beliefs by showing up and participating at Mass.  “We’ll show them,” said Perfidious, “They’ll wish they had never closed any parishes.”

Meanwhile numerous calls were made to Miss Kwoeted, the official spokesperson for the Diocese for the diocese’s reaction to this singular turn of events.  Kwoeted however refused to say anything except, “I have no idea how to respond.”

Meanwhile the city of Akron has announced that it will be suing the diocese for inciting a riot.  “Many thought that it was the beginning of the Apocalypse” said a lawyer for the city.  “Grocery stores were flooded with people buying canned goods and batteries, fearing that end of the word was at hand.  Shop windows were broken and several cars overturned as panicked citizens raided the Acme Number One.  Such a large organization has a certain responsibility to act consistently and not subject communities to sudden acts of good will that can only cause public disturbances.”

In a counter protest, a handful of faithful Catholics resubscribed to the Plain Dealer.  “Somehow this doesn’t feel right,” said one of a handful of protestors, “but I can’t think of anything else to do.” 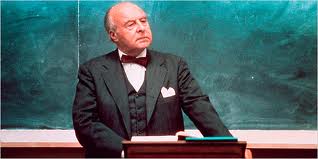 Professor Wahdayah Wannahear of Knotsow Catholic University called for calm on both sides of the debate.  “This is a singular occurrence,” said Wannahear, historian and social scientist.  “There is still Vatileaks, unopened reopened churches, the nun investigation scandal, and the very real possibility that out of the well over one billion Catholics in the world a good number will continue to do stupid things that we can complain about.”


See related article on page 9: Bishop Hospitalized after Reading Paper.
Posted by Fr. V at 7:10:00 AM

I'm sorry you had to edit out the comment by Fr. Harry Tick about the unprayability of the new translation and how it will be impossible to catechize youth while we must have Mass with those mangled collects...er, opening prayers.

Very defensive and snarky. Do you realise that the administrators of the Church are not equal to the Church itself?

"When there is an imminent danger for the Faith, Prelates must be questioned, even publicly, by their subjects." — St. Thomas Aquinas, Summa Theologica

It always makes me chuckle when those who comment anonymously seem to presume they are the brave ones.

If you read the letters to the editor on Sunday a couple of letters supporting the bishop managed to sneak through. I presume there will be a job opening at the PD when the editor is severanced for dereliction of duty.

The article baffled me too. I thought perhaps the paper assumed that "correct" thinking people would know that focusing on Jesus and Scriptures would be a step backward, as it were, so the reporter did not need to state that specifically (for a change). Still, I guess it's an improvement.

What baffled me was Father's post itself - overly sarcastic. Was there nothing better to write about that day? The whole tone of the post was dusturbingly nasty.

You had me chuckling all morning.

In defense of Fr. V's style of writing, I think it is done in the spirit of something like C.S. Lewis' "Screwtape Letters" or the more recent (and also well done) "Loser Letters" by Mary Eberstadt. It is simply an exaggeration and reversal (or a reversal then exaggeration) in order to point out something that is false or out of balance. This can come across as mere sarcasm, but in Fr. V's case I do not think so. If this style is all we ever got from him, then Anonymous has a point. We should remember Jesus himself used many different styles, including some cutting remarks, perhaps even sarcastic, when preaching. It is about context and balance - being witty and humorous without being judgmental or uncharitable.
- Fr. Pfr

Well said. The LAST thing I would have thought is that Fr. V. was being sarcastic, so I was very surprised at how upset Anonymous was.