A new ground breaking study shows that Cheerios at Mass has a link to attention deficit syndrome in adults. Professor Hubert J. Farnsworth of the

Perfidia Institute of the Pseudosciences spoke recently at the annual convention of Church Ladies Engaging All to Neatness (or CLEAN for short.) “Zer ees no doubt about it,” he spoke emphatically, “Zer ist a direct link between feeding Cheerios to kids at Mass and the need for comfort food among adults at za Mass later in life.”

The topic for this year’s theme, “The Growing Problem of Cheerios and Their Ramifications in This World and the World to Come,” came about because of the growing concern among CLEAN members that an epidemic was beginning that boarded on a new religion. “They’re leaving their prayer books at home,” said Matilda Mercywild, “in order to have enough room for survival packs to help them make it through the Mass!”

Cheerians, as CLEAM members have come to refer to them, leave small piles of gooey Cheerios in pews between Masses, crushed into carpets, swept back under pews, not to mention the slimy residue left on one’s hand after the Sign of Peace having shaken hands with someone handling the substance around drooling babies. “It’s just a shame,” said Mercywild, “last year the Church spent thousands of dollars purchasing special vacuums in order to suck all of the muck from hidden corners of the church. I mean, my goodness, most of these people are volunteers!”

“But zat ees not za vorst of it,” according to Professor Farnsworth. Admitting that the Mass was a very adult activity and not easily accessible for youngsters, he none-the-less warns of later in life difficulties that may occur as a direct result of bribing children to be good by the use of Cheerios and sippy cups at Mass.

While it is perfectly u 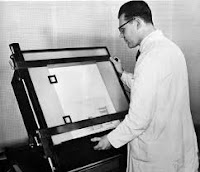 nderstandable that young children may have difficulty behaving for forty five to sixty minutes once a week, the age old practice of expecting it of them and encouraging them to try without artificial stimulants such as sugar made it easier for them to focus during Mass as an adult.

“Without the discipline learned as a child,” Psycobabalist Thomas Cruisester said in a break out session, “adults find it much more difficult to focus for more than nine minutes, the average span of time Mad Men is on before the next commercial break. Because of this we see people coming to Mass with Survival Kits. In addition to Cheerios, sippy cups, and toys to entertain and distract their children, we see adult versions of these items now too.” 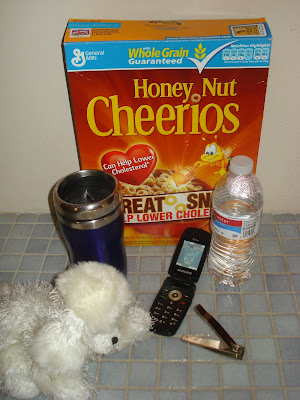 Cruisester reports that, although it may not be evident to most people, it is more than apparent to psycobablists that otherwise innocent looking items brought to Mass carry with them the baggage of a long history of distractions being used in someone’s upbringing to help them not to have to pray and pay attention for longer than nine minute spans at Mass. “Cough drops, breath mints, and the like are just adult versions of Cheerios. Cell phones, ipads, and all of these modern electronic devices are just different versions of crayons and Tonka Trucks.”

Protestors outside the CLEAN Convention protested that CLEAN people have gone too far. “Next thing you know they will be taking away our coffee and water!” one impassioned protestor shouted who declined to be identified for fear of CLEAN reprisals. And indeed it was on the agenda.

“Studies have shown,” said Farnsworth, “that the human person can indeed go for sixty minutes and even more without needing water. In fact, there is evidence from the early Church Fathers that Mass used to go longer than sixty minutes and all that the people had to quench their thirst was the Blood of Christ at Communion.” This news made even the most diehard CLEAN people a little nervous.

“I mean,” said one member, “We are not radicals! We don’t want people to suffer.” But even with cracks in the ranks such as this, a resolution was passed to recommend the suspension of all none-Eucharistic beverages from the Mass which Cruister identified as adult sippy cups. 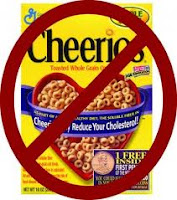 Pastors are encouraged to place signs outside of their doors with pictures of water bottles and coffee cups with a red line through it next to signs banning smoking, halter tops, short-shorts, cell phones, and guns. Coffee is a more serious threat since it breaks the Eucharistic fast .

“We’re hopeful,” said Martha Stewardess, president of CLEAN. Others are not so confident. “I fear it may be too late,” says another CLEAN lady who declined to give her name, “We’ve lost two generations to Cheerios. It’s time to start providing milk.”

LOL! You mean we have to pay attention for 9 minutes?!

they haven't approached the lollipop section. Maybe they are still small in number.

Yes, Cheerios do work. Maybe that's the cause of our "childhood obesity epidemic."

Something that really worked for us was sitting in the very front seat. Our son had no where to look but at the altar. Before coming to St. Sebastian, we attended a "church in the semicircle." Lots of front seats were available. We were a little disappointed that the front seats here are mainly reserved for the handicapped (nothing against the handicapped!).