So many of our words have a negative connotation. Good things with bad word

s are hard to sell.

Let me give an outside example; EAT HEALTHILY

Most people I know at one time rolled their eyes at this phrase. It meant giving up everything that you like to eat, go outside, pick up some sticks and pine needles and pretend that you still enjoy eating. Now that is a hard sell – especially if you enjoy eating. And most people do.

One time I helped through a food party. It included everything that was not good for you in vast quantities. The amount of butter alone consumed that day was enough to keep a bakery in business for decades. The next two days we could barely move. Not because we had eaten too much but bec

ause we had eaten too much of the wrong type of things and had poisoned our bodies and they were rebelling against us.

Following that episode eating healthily was not such a horrible thing to consider. We absolutely did not give up on such things as butter but ate them in proper proportions. Well, most of the time. What is the result of this? Were we deprived of the glories of good food? In no way but they were in proper proportion. And our bodies were much more kind to us and we were able to function in life better. Suddenly eating healthy meant having more freedom to be all that we could be.

The Church has similar puzzles. We have a word that sounds negative, drums up suppressing ideas, but is designed for our happiness: Obedience. The very mention of this word brings up ideas of chains and shackles, of being deprived of freedom, of frust 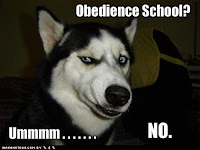 ration and sadness. But it is designed to do quite the opposite. Its very purpose is to provide freedom. Just one more of the ironies of Christianity.

So a man who has loose sexual ethics is confronted with chastity. To him obedience at first will seem like a drudgery. At night his body may ache to fulfill its strong, animal desire. His mind may make it difficult to even think about anything else. “I am an adult!” he may think to himself, “If I want to act out sexually I will and nobody

will tell me what to do!” And so he does. But is that act freedom? He is so driven by undisciplined impulses that he gives into them just to find relief. Yet he sees obedience as a heavy burden.

But were he able to be obedient to the call of chastity and discipline his will how much more freedom he would have! He could choose not to do the very thing his addictions tell him he must. He would have no more worries of perhaps being caught, or having a child, or a disease, or ruining his reputation, or feeling down because he cannot say no, or not steeling time from family, work, or other activities, or maybe just getting a full night sleep if he so chooses. Is that not the greater freedom?

The point is to find where a human being thrives the greatest. That is simply what God is calling us to. When something is called sin it is names so because it brings some harm into the wor

ld mentally, physically, or emotionally to the operator or someone else. Freedom has been curtailed and license set free. And hopefully then through confession we pledge ourselves once again to the joy and absolute freedom of obedience – a word only beautiful to those who know and live it well.
Posted by Fr. V at 5:19:00 AM

Obedience: children think that adults don't have to "obey" anymore. We may not have to obey our parents in the way we did as children, but we must now "obey" the duties of our state in life. We must "obey" the demands of our bodies to care for them properly. I have heard it said that only when a train is "constrained" by being on the tracks is it "free" to be a train.