MAKING SURE OUR ACTIONS MATCH OUR DESIRED OUTCOME 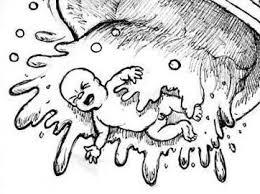 The current Church scandal is something that should inspire those who are appalled (and I hope you are) to become more devoted to the faith than ever.  Rather than taking the supposedly logical and seemingly legitimate route of declaring “the Church” hypocritical and walking away, it makes much more sense to see these horrific events as a sign that each individual person should be more devoted than ever to the Church and the most steadfast adherence to matters of faith than ever and this is why: 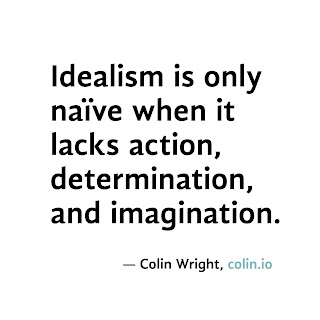 In a similar vein, I am always amazed at how people think that just because their car is parked in a church parking lot that they can leave their car unlocked and their purse full of money on the front seat and that it should be Okay because it is on Church property.  I have not heard of a parish yet that has not experienced theft.  Church attracts sinners - some working at overcoming sin (that is hopefully most of us) and those who are looking for cover.  So if we want our parishes to be safe, we have to be vigilant and not leave the collection sitting in a pew, the candle boxes left unlocked, the payroll just sitting out on a desk.

The practice of the faith is just the same and from time to time, like an audit pointing out financial practices that have slipped, the practice of the faith needs constant renewal.  And when renewal has happened historically, it has always occurred when individual men and women have decided to take their faith seriously and live it actively and publicly. 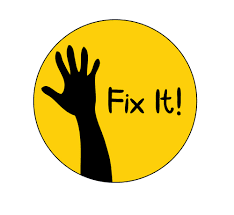 IF YOU DO NOT LIKE THE EVIL THAT SOME HAVE DONE IN THE CHURCH then do not give up on the right practice of faith for it is vehemently opposed to such things.  If you want such evil actions to spread and become more common, then abandon the faith which is one of the few organized and powerful voices in the world still standing against such things.

But it needs you to live it.  The Kingdom of God exists in this world as “already/not-yet.”  It is already breaking into the world since Jesus Christ, but it will not be fully established until He comes again.  Until then, it exists where men and women of good faith live it.
Posted by Fr. V at 6:49:00 AM

Yes, Father, I agree. This is not the time to turn tail and run as I suspect some are doing. And be prepared for the "I told you so" comments from the Protestants and fringe Catholics who will use this as the final excuse to leave the Church. The Church has weathered worse(all this scandal is a doozy)moments in our history. the great schism, the protestant reformation, the exile in Avignon, the inquisition, Nazi persecution.etc. We the Church survived. Through Christ and Our Blessed Mother let us pray this be cleaned up and we can go on stronger. Pray for correct thinking from the Vatican and our bishops(who are always worrisome.).

EXACTLY! We do not worship personalities - we worship God. Individuals in our hierarchy and clergy betrayed their Sacramental promises, and introduced pedophilia, homosexuality, torture, brutality, and abuse of authority in the name of the Church and Jesus. For this they will pay - if not on earth, before God. But as Dick Spangler noted in his comments, now is the time to defend our beloved Church, our institutions, and our faithful clergy all the more. We MUST NOT allow Satan to continue his nasty and evil influence on our Church.

This must *NEVER* happen again. We must purge all our institutions - parishes, schools, dioceses, seminaries, and all organizations under Catholic authority - of pedophilia, homosexuality, and any other unwholesome and unfaithful influences - ASAP - or this horrid nightmare will continue. If the bishops and pope refuse to act, we in the faithful clergy and laity must.

Not only do we torture, embarrass, and offend our fellow Catholics by permitting this to continue, worse, we grievously offend Our Lord.

We do not take for granted that what is judicious and moral will be done - it MUST be done. Postponing action, refusing to address the problem, and ignoring the scandal will not cause any of us to forget. It only makes us angrier and more determined that moral and faithful change will happen. God is watching. And this time, the faithful clergy and laity are as well.

Peace and all good - Sue from St. B

Very well said, Father - outstanding! A message everyone needs to hear. I think the posts that preceded mine are outstanding, too (Dick and Sue).

My personal faith is not shaken - we need to come together even more now. I find myself praying the rosary more often.

The leadership of the Church is incorrectly identifying ONLY the pedophilia problem and sweeping the homosexuality problem aside. There are American Cardinals and Bishops who need to GO based on their outspoken embracing of homosexuality, much of it contrary to Church teachings.

One way of practicing our faith is thtoigh sacrifice. We should make everything that we do a sacrifice, and offer it as an act of reparation for the sins by which the Lord is offended, especially for the sins of priests and bishops. A day should not go by without our making at least one sacrifice for priests, no matter how tiny and insignificant it might seem to us. We must remind ourselves that God is in control.