FRIDAY POTPOURRI: HISTORY OF THE RECTORY: THE LOGGIA CONTINUED 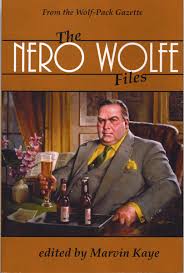 One day, knowing that I did not have a cook, a pastor (who had once employed me as a painter when I was a seminarian) and his cook who always wowed me with her culinary expertise offered to come to St. Sebastian and throw a dinner for the three of us.  Late in the afternoon a car pulled up and bags of groceries, enough to feed small village, were loaded into the house.  Organized pandemonium ensued.  Pots clanged, flour filled the air, and arguments worthy of a Nero Wolf novel concerning the correct amount of some herb or spice filled the house along with the smells of cooking.  The dog and I were sequestered to a corner of the kitchen where we were allowed to watch and ask questions.  My main job was to keep uncorking wine bottles to keep the cooks fueled and watch the unraveling drama.

A couple of hours into the process there was a sudden silence.  Dinner needed some time by itself to finish up.  But in the meantime, there were hors d’ oeuvres in the living room that required our immediate attention.

The low table in my office/living room was loaded down with spicy meats, cheeses and wonderfully breaded and deep fried things.  Dinner could become superfluous if we were not very careful.  This alone was a feast set for a king – a most gracious house warming gift. 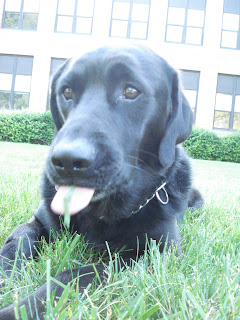 The cook for the evening having slipped away to finish up things in the dinning room returned to announce that it was now time to eat.  We prayed and headed to the table.  Our hostess for the evening inquired about the prudence of leaving the unguarded food on the low table with Sebastian around.  “He has never so much as made a request of people food,” I proudly informed her, “I think we need not worry,” so, in great confidence, we descended upon the dining room table.

After dinner we took coffee out on the newly dubbed loggia.  It was looking quite sporting by now.  The security light had been removed and replaced with a simple candle chandelier that had been purchased at the end of the camping season for a song along with a “last one” floor model garden fountain.  Both of my friends who were serious hobbyists, antiquarians, and infinitely curious after expressing their delight in the room asked the question, “But what is under the Astroturf?”

The truth was that I wondered myself.  Why would anybody put down that green plastic atrocity if it were not for a very good reason?  I surmised that it was probably just a cement floor and this may have been an improvement.

“Are you sure?” asked the cook setting down her coffee cup.

The priest set down his coffee cup and leaned forward.  “Haven’t you checked my boy?”

“I’m sure it’s nothing special.  If it was it wouldn’t be covered then would it?”

They looked conspiratorially at each other.  This night was not going to end well.

“If I were you and this was my house,” said the cook in a tone unmistakably underscored with a challenge of an adult speaking to a child, “nothing would keep me, at this very moment, from taking up at least a corner to see what was under there.”

“Yeah, but who knows what mess we might get ourselves into?”

“But my dear boy,” said the priest, “think of what great discovery there might be!”

I opened my mouth to say something but realized it would only postpone the inevitable and it was already getting a bit late.  We got up and went to a corner and I prayed that we would find nothing but cement under the floor covering.  I bent down and started prying up a corner.  The two conspirators loomed over me.  An initial lifting revealed two, grey, unimpressive sandstone blocks.  “Doesn’t look like much,” I said.

Another couple of inches revealed square tiles in burnt hues of yellow, red, and orange.  It was the worst possible news.  I heard a gasp over my shoulder.  “Look,” I said trying for one last dodge, “Surely there is a huge crack or a space they had to patch with cement in order for them to have covered nice tile in Astroturf.  I think we should stop until we are better prepared to deal with the mess we are making.” 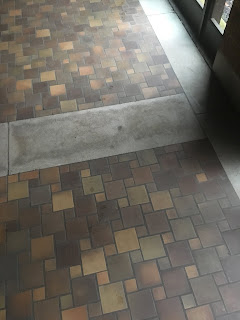 But they were undaunted.  “I’ll clear the plates and keep the coffee heated in the kitchen,” cried the first, “And I will help the boy clear the porch of all this furniture!” cried the other.

An hour later (and into the dark part of the evening) there was a lawn full of furniture, yards and yards of plastic grass to haul to the dumpster, the coffee had grown tepid, but we stood on a wonderful discovery: a floor of five squares of tiles the color of late fall surrounded by blocks of sandstone.  The floor was in almost perfect condition under squiggly lines of black glue.

That the daring project turned out so well made the odious task of reassembling the loggia less of a burden.  Unfortunately almost everything used for the dinner was not dishwasher safe and we had a long time to recount the adventure over washing a drying more plates than any three people should use in one sitting.
Posted by Fr. V at 6:36:00 AM