IF GOD WOULD ONLY PLAINLY TELL ME WHAT HE WANTS ME TO DO WITH MY LIFE. 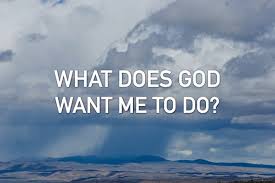 “What does God want me to do with my life?”

Often I come across people, usually young adults, who feel stuck in concerning their life’s path.  “If only God would tell me His plan for me,” is what they want to know.

You may not want that.

Suppose you did know.  Then you could never do anything else or you would be acting against God’s plan.  What a terrible pressure to carry on with what you are doing even if you are bad at it or extremely unhappy.

Still, for some people there is a definite life path.  Through discernment and openness to all of the clues around them, and with the assistance of some sort of spiritual advisor, it is pretty clear.  “Ah!  This is to what I am called!”  That sort of happened to me.  That’s a longer story maybe I’ll share some other time. 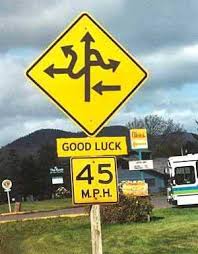 But for some people, it isn’t clear in that way.  This is because what God might need from you is not for you to take “this job” or “this vocation,” it may be that His life plan for you is to live whatever you choose to do in a special way.  It isn’t WHAT you do (within reason) but HOW you do it.  For some people then, they may be asking the wrong question.

There was once a young lady who came to see me with what I thought was good news.  She was accepted into a religious order about which she was very excited.  But when she came to my office, she was in inconsolable tears.  After a little while she was able to explain that a young man with whom she was hanging out, upon discovering that she may actually be going into the convent, proposed to her.  This was good news.  It wasn’t as though she needed to choose between life in prison and the death penalty.  These were to good vocations.  They are both pathways to holiness.  They are both ministries to the world lived correctly.  God was not sitting on a cloud saying, “Pick the right one that I want for you or I get to punish you!”  More likely He was looking lovingly upon His daughter and saying, “I have given you two wonderful presents from which to choose, but you may only have one.  Pick one and live it with relish, power and grace and help Me transform the world.”

If you are stuck in a “what is God’s plan for me” mode, be open to signs, be open to what people of faith people may be saying to you, be open to spiritual direction and be patient - but not TOO patient.  Don’t let the process be that time takes away all choices and you get what is left.  In the mean time, also be open to the idea of not WHAT but HOW and start living it with gusto!  Live life as though you ARE the son or daughter of the Heavenly Father that you are, that you are among the kings and queens in the heavenly court, that you are a disciple, that you are the person of prayer, sacrament and grace, that you are fully what God is calling you to be.
Posted by Fr. V at 7:18:00 AM

This is one of the best reflections on discernment I've read. Thanks Father!

Which did she choose?