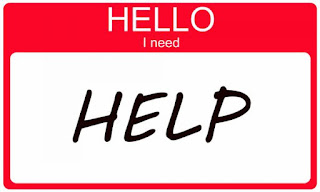 Shortly after all of the “congratulations on your new assignment can we come see the rectory” visits were over, the phone rang in my office.  It was the Secretary for Clergy Personnel of the diocese asking if I would be open to having a parochial vicar.  It's a great gig if you can get it.  There is always a lot of work to do at any given parish and having an extra hand on deck (if you can afford it) is an enormous blessing.  The plan was to hand on some of my responsibilities to him, but in reality what ended up happening was that we just took more on.

To be perfectly honest, there is not a lot of accountability in the priesthood.  To a certain extent, one can work as little or as much as one wants.  Suppose a priest only wants to pray the sacraments and the rest of the time puts the parish on auto pilot while he eat chips in front of the television.  Barring his name appearing on the front page of the local scandal sheet, what is the bishop going to do?  Fire him?  That would only make matters worse.  That just means spreading your already thin ranks even thinner.  There is only so much that an be done.

But the converse is also true.  A priest can work eight days a week, twenty five hours a day and there will still be a ton of things that could be done and that he might try to tackle.  Having another priest around would not only help take some of that pressure off, but it would also be nice to have someone around to warn you when you are going off the deep end, unpack the day with and (since we are not married) point out any peculiarities you might be developing in your solitude.

The priest that would be coming, Fr. Pfeiffer, would be straight out of the oven.  The oils would not have even dried on the palms of his hands yet before he said his first Mass at St. Sebastian.  In most cases, when such an assignment is made, it is simply announced and the priests are thrown together in not much different a fashion as arranged marriages: the two of you finding yourselves suddenly living together are forced to work it out.  Not so with a newly ordained.  Introductions are made and the proper care and feeding of these young pups are given at a meeting at the seminary.  A long list of questions to discuss are given in the form of color coded papers and we are given time to find a private spot and discuss such things as Mass and confession schedules, duty days, talents and job distributions, house rules, and so forth and so on.  But, when the time came, I put all that aside to discuss things that were truly important and pressing on my mind.  Before even saying hello I shook the young man’s hand and asked, “So tell me Father, do you like dogs?”
Posted by Fr. V at 6:19:00 AM

https://youtu.be/2Hb6JkGoZnA
A primer if you will, enjoy, DAD