FRIDAY POTPOURRI: HISTORY OF THE RECTORY; THE END OF THE CHAPTER

It was while drying dishes that I noticed that the dog was acting oddly and was off his food.  On the one hand he seemed to need lots of attention – cried for it - but when given, he did not seem very interested, whining and turning in circles.  But I was exhausted and it was more than I was interested in handling at that late hour. 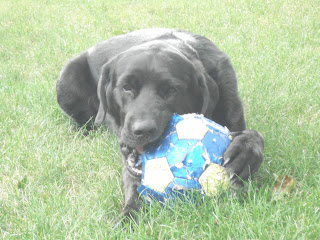 Then that somebody remembered there were more dishes in the living room.  Going in to clear the dishes, though stuffed to the brim, the glutenous side of me had the intention of tasting just a little bit more of the spicy, meaty treats.  Looking at the platter I was shocked to see that we had finished off more of it than I had realized and that the choicest, spiciest selections  disappeared completely.  But the more I thought about it, the more sure I was that we had not, in fact, consumed that much food.  It would have been almost physically impossible.  Then the truth of it hit.  Sebastian!  The dog had helped himself to hot and spicy sausages and cheeses.  And that was also his emergency.  He was desperate to get outside and pass the burning mess inside him onto the grass.  I understood then he had been doing the dog version of a human with bulging eyes and crossing his legs doing his darndest not to let an accident happen.

“Come on boy, let’s go outside.”  The relief on his doggy face was palpable.  The door was opened and he shot out like a bullet, came to a screeching halt a few feet from the door and relieved the terrible, burning pressure.

I’ve never trusted him around such accessible and delicious food again.
Posted by Fr. V at 12:39:00 PM

Poor, sweet Sebastian. I wish someone would feed him once in a while! :)

Charming story of a typical dog - thanks for sharing, Father!