MONDAY DIARY: IT'S ALL ABOUT YOU AND I HAD TO STAY HOME AND HELP PA WITH THE FARM

This past week I was on retreat. Just as I was getting ready to 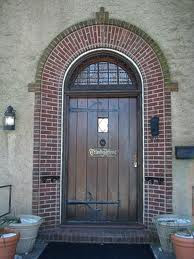 leave New York (where I was on retreat) was hit by a terrible snow storm. Driving was hazardous – the snow was coming down so hard I could not see very far and braking was at best difficult. So that added two hours to the trip home which meant I didn’t make it home for confessions or to see the staff before they knocked off for the day. (In fact I almost called my parochial vicar to say that I was just going to stay in New York for another day until the storm blew over. It would have been the wise thing to do.) That being the case the house was pretty quiet when I got home – much preferred to the kasseri that it usually is. The usual conversation is, “Oh! Welcome home! How was the retreat? I know you just walked in the door but . . .” A drawback of living in a house where you work. As it was there was just Sebastian there to greet me, wagging his tail and crying and saying, “I know you just got home but . . . I really need to go for a walk.”

pretty special. The other priests that were supposed to be there had to cancel and so I had the house and the retreat master to myself. The town was still pretty bustling though, unusual in winter, but so close to the holidays that nobody had taken off yet. So as I went on a daily constitutional I would walk around and when passing someone would say, “Hello,” and at best the other would glance up and give a flash of smile – you could miss it if you blinked – and then return to the downcast, serious look.

At first I was a little offended by this. When my family came in from Slovenija to visit Ohio they would ask, “Why is everyone smiling and saying hello to us?” I would respond, “That’s just the Midwest.” I’m rather proud to live in a place like that I would admit.

A digression: I was traveling in Zimbabwe and as we drove through the poorest of the poor stretches of the country people would stop whatever it was they were doing, stand, wave, and smile at our van. When we headed back into the city, particularly Harare, we would still be waving and smiling and the city wise people would stare at us suspiciously.

It occurs to me that one of the best lessons that I learned on this retreat (and there were many wonderful things) was that I was a stranger in somebody else’s territory. I was judging a New Yorker by Ohio standards and was feeling rather condemnatory. It was not that there wasn’t pleasant, faith filled people there, it was that they did not snap to attention, smile, and offer a, “Good morning to you too,” when I thought they should. Hence one of my favorite quotes, “More offense is brought into the world by people taking it than by it actually being offered.” 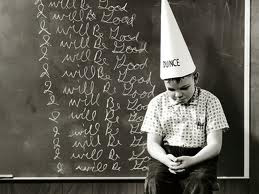 This is a lesson I need to learn over and over and over: It is not about how I want other people to act, it is about the person that I am supposed to be. (In this particular place perhaps I was the rude one breaking in on other's solitary walks.) I can preach that – but boy is hard to live it.
Posted by Fr. V at 7:02:00 AM

This is a lesson I need to learn over and over and over: It is not about how I want other people to act, it is about the person that I am supposed to be...

God used you today to witness to me, pls pray for me because I have a long way to go..

"When in Rome, do as the Romans do" is an enduring proverb.

People who live in cities may do so because they like the privacy and anonymity. Perhaps also they are aware that some troublesome or unstable people live there too and are just trying to be safe. This symptom of modern life is a sad reality.

I am soooo guilty of this! And I think it all stems from the sin of pride: "Why aren't they as polite and as friendly as I am?" It doesn't help when you even take offense at people who are not as charmed by your children as you are! When your two year old waves at someone who ignores them, Wow! does the temperture go up! "I can't believe that rude person didn't smile at my child!" Little did we know that this is the first time this person has been out since the death of their spouse and the completion of their heart surgery.